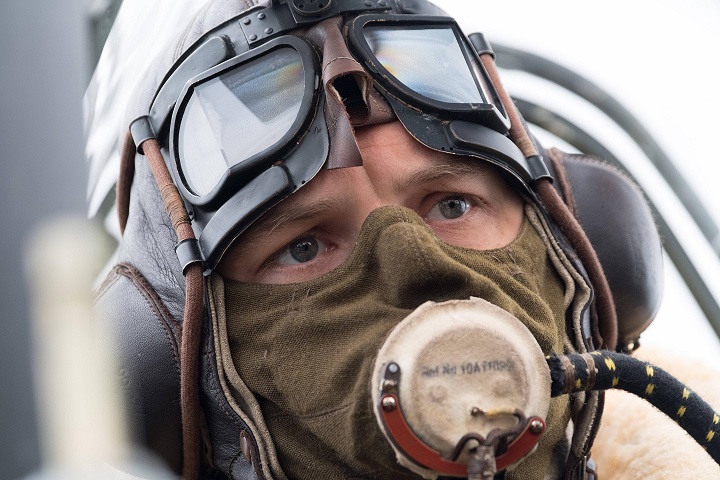 Dunkirk breaks new ground in atmosphere and realism for a WW2 movie.  There’s a sober, hungover type of tension at play here that works extremely well and hasn’t really been seen in a WW2 movie of this scale before (but you can see it in HBO’s When Trumpet’s Fade).  I’d feared that Nolanite overwrought exposition would plague this movie, but finally, the man has mastered the art of the unsaid, and balancing it with visual narrative to offer an engrossing experience.  You will note, that Christopher Nolan wrote this movie himself, without Jonathan Nolan.

One of the things that contributes to the hazy, almost intangible realism is that there’s a lot less shouting and screaming even in moments of panic.  I never thought about it before, but that’s probably what it was like… it makes previous movies with slow-mo screaming as the bombs come in almost seem cartoonish… the film seems to convey a near continuous state of shock and a lot of it feels like an outright time warp back to 1940’s France.  There’s also minimal sentimentality; thinking back, while Saving Private Ryan certainly had the edge in gore, there was a lot of gushing that hurt it and I don’t think I realised that until seeing this one.  From now on, I think I’ll skip Matt Damon’s excruciating monologue.

I’d been holding out for this movie on 4K, captured on IMAX 15/70 and 65mm film, this new movie promised to tell all, when it comes to proving what 4K/UHD Blu-Ray is capable of.  And immediately the difference can be found as the movie starts, the French streets present an eerie, lucid atmosphere.  The sands on the beach can almost have individual grains counted.  The rivets on the Spitfires stand out like they’re almost in front of you.  It’s a natural sharpness too, it doesn’t feel awkwardly ‘cooked up’, like some scenes in the new 4K version of Terminator 2.

HDR is also a thing nowadays.  Put simply it’s a way to offer more realistic color for your viewing experience.  This release is a good example of why it is so good when it works.  Take for instance watching this movie in 1080p (or less), non-HDR.  A sailor wears a red hat and a brown top, both are muted colors (it’s the 1940’s), there will be little contrast.  HDR increases the color and contrast fidelity so much that you will appreciate the difference here, even if only subconsciously.  Not as good as real life, but getting there.

Dunkirk comes with three discs, the 4K disc, the 1080p disc and the extras (also 1080p) disc.  They don’t hold out on extras, with land, air and sea being given their own set of documentaries, as well as pre and post production getting the same, their own documentaries.  It’s almost exhaustive, although at times it can be buttressed a lot with sentimental platitudes.  Fans of Spitfire planes, fans of the mechanics behind wide-lens filming and fans of this piece of history in general are going to have plenty to occupy themselves with.