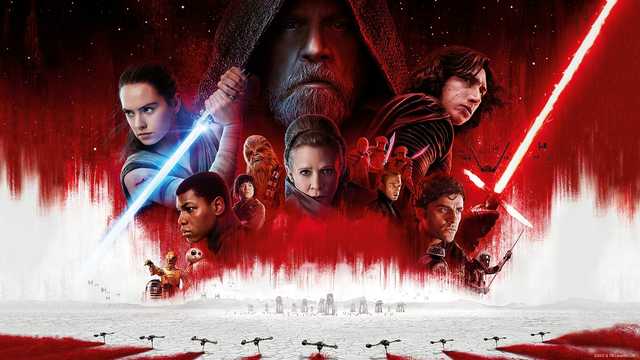 When we are young we have a sense of hopefulness and wonder that unfortunately seems to slowly, gradually disappear as we age. One of the genres of Film, TV and Literature that best captures our imagination as youngsters is science fiction. There is something quite captivating about a good-ol’ space adventure that allows us adults to revert back to being kids and reignite that childlike enthusiasm for the art form and in many ways for other things in life as well.

In 1977 George Lucas introduced Star Wars to the world and pop culture was never the same and me personally, I have not known life without the Star Wars movies. I love the original trilogy and even though “Return of the Jedi” might be the weakest of the trilogy according to many, I still think it’s a great movie. My only complaint and true disappointment to this day is that I believed Darth Vader was the baddest mothafuka in all the galaxies but when he was unmasked by his son Luke, I thought he looked like Humpty Dumpty. To this very fucking day I genuinely believe that they should have kept the fucking mask on.

Needless to say if you were an 80s kid chances were you had Star Wars clothes and toys and I fully admit to being one of those motherfuckers. If you were a boy ( cause back then there were only 2 genders, as opposed to now cause according to some there are about 50,000 of them) you either wanted to be a Jedi or Han Solo and as much as I wanted to have a fucking lightsaber, I always thought Han Solo was a fucking pimp. Not only the man was cool but he put a princess in her place and got to bang her, in a PG way of course, but still, we got the point.

In 1999 George Lucas gave us the first movie of a new Star Wars trilogy “The Phantom Menace” & needless to say, it didn’t quite capture the spirit of the original and unfortunately audiences and fans were subjected to torture by the introduction of one of the most annoying things ever put on film, the character of Jar Jar Binks. George Lucas seemed to be more obsessed and preoccupied with special effects and developing new special effects techniques than developing a good storyline and concentrating on character development. Eventually his prequels got somewhat better but they still did not feel like the old Star Wars movies.

Years passed and as many of you know Lucas sold Star Wars to Disney (who now seems to owe everything from every movie, TV show, cartoons, theme parks to Bangkok prostitutes) and a new Trilogy of films featuring the original cast and other Anthology films were going to be made. Needless to say, fans all around the world were ecstatic.

“The Force Awakens” as expected was a massive success. It also divided some fans, some calling it simply a rehash or a remake of the original. Personally I liked it, it felt like an old Star Wars movie but felt that it could have been better and it missed a lot of opportunities and of course I truly felt that the new young cast could not hold a candle next to the original cast, shit it couldn’t hold a candle next to the prequel’s cast in Liam Neeson and Ewan McGregor. It featured the queen of Mary Sue’s characters in cinematic history in Rey. Not only What it took years for Luke Skywalker to learn this bitch just did without any training  and not even a tiny lesson from fucking Yoda. She also told Han Solo how to fucking fly the Millennium Falcon, I mean really?!

But we got to see Harrison Ford again as Han Solo and we got Chewbacca as well and since the new cast were not left to their own devices the entire movie, the movie ended up being entertaining overall and a safe reboot to the franchise I thought. Not a perfect film but a safe and entertaining first chapter to the new trilogy.

“Rogue One” came out a year later and I must say that my expectations were low and when I saw the movie I was pleasantly surprised by it. Again not the greatest of films but a much better film that I had anticipated and one that I think might be a bit of an underrated movie in the Star Wars saga and the female protagonist portrayed by Felicity Jones was not nearly as annoying (at least to me) as Rey from “The Force Awakens”. Plus I got to see my beloved Darth Vader again on the big screen as an evil badass ruling with an iron fist motherfuker and not as a ” Teenage Hayden Christensen temper-tantrum-throwing pussy” like in the prequels.

So now here we are and “The Last Jedi” has been released and I really wanted to see this movie mainly just to see Mark Hamill return as Luke Skywalker after just showing up for a cameo at the end of the last movie.

I didn’t want to be harsh on a movie because it dared to do something different, especially after I just referred  to “The Force Awakens” as safe but I believe “The Last Jedi” is the worst Star Wars movie since “The Phantom Menace”. I’m not shitting on it because it did something different with the characters, I’m shitting on it because the choices are just so wrong.

First of all this is the longest Star Wars movie and in my opinion the most boring one, the so-called story just drags for most of the film, mainly the complete second act. The main actors they got bringing these characters to life & telling the story are not charismatic nor talented enough to carry the film. As a matter of fact that as I was watching this movie I thought to myself “This is a billion plus dollar franchise and these are the jerkoffs they decided to cast in this thing?! If Disney was hiring no talent-nobodies to be in their Star Wars movies, I wish they would have given me a call and hire me cause I would have done it.”

The character of Rey is even a bigger Mary Sue of course, she’s the one giving Luke Skywalker advice now obviously. The Luke Skywalker we remember is no more. That hopeful youngster from the original trilogy is gone, he’s now a grumpy old pessimistic fart that needs Rey to lift his spirits and take him out of his funk.

We got the character of Finn who is now an even bigger pussy than he was in the previous movie. This dweeb tries to do the “Will Smith Shtick” or something but the only thing he succeeds at is being a first class, grade A+ mangina. But wait it gets better, in this movie we don’t get a Han Solo since they just killed him off in the previous one. In this new chapter we have this new character, who is now Finn’s side-kick that I can only describe as an asian female version of Jar Jar Binks. The short fat cunt is that fucking annoying. She was fingernails in the chalkboard of my eyes.

My favorite Star Wars movie is “The Empire Strikes Back” and in this one, the asshole director Rian Johnson who should have never been given the fucking job in the first place judging by this fucking mess, tries to have the same story structure. Rey spends most of the film with Luke and her “training” which just consisted of her lifting a few stones and on the other subplot, Finn and the asian fat midget are doing a public service announcement against Animal Cruelty, when you see the movie or have seen the movie you’ll know what I mean.

Not only that does this movie shits on Luke Skywalker but it also shits on it’s villains. Don’t expect any answers about nothing . You wanted to find out about the character of Snoke…tough shit! You get no answers. Captain Phasma? Tough Shit! No answers. Kylo is now supposed to be the big bad from now on but by constantly being outsmarted by the Mary Sue, you’re not going to have a guy like that be taken seriously as the next Darth Vader. Not to mention that most of the generals & soldiers in the Rebellion are now mostly females. At one point I thought they were fighting the Amazonian Planet of Wonder Woman & Paul Feig directed this movie.

As a Star Wars fan I hope that they get this franchise back on track. But they already wasted a major opportunity in not having the original cast together again throughout an entire movie acting alongside each other which is what old-school fans of the franchise have been waiting for many years. As I was watching “The Force Awakens” you could tell Carrie Fisher was not well. The years of partying hard had taken their toll on Princess Leia and even her speech pattern was off. So her death, even though sad, was of no surprise to me.

“The Last Jedi” gets a lil better in the third act just in my view but the whole movie pretty much ignores everything “The Force Awakens” set up & shits on beloved characters, plus the movie tries too hard to be comedic & fails. One can only hope the next installment is better and I got an idea on how to do that. Instead of killing beloved characters, start killing some of the new assholes that are new to the franchise that are annoying as hell.