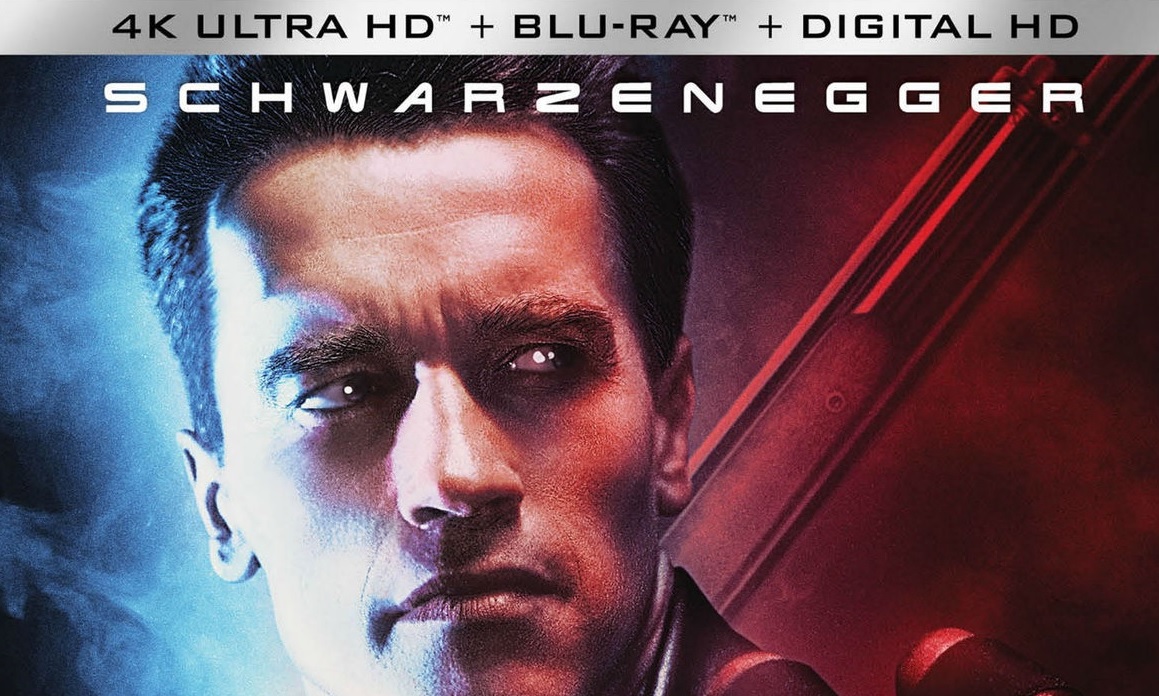 Run Time: 137 Mins
Rated: R
What To Expect: An underwhelming and lazy release

It’s one of those times again when a new format is released and you eagerly await the big guns, having put up with the generic stuff you’re not really into but watch nonetheless to ‘test’ the new generation.  Well, Terminator 2: Judgement Day surely is a ‘big gun’.  Checking out a film like this on a new format is a big deal and something you plan ahead for, but unfortunately StudioCanal didn’t seem to care as much.  That’s a pity… many of you are going to have to wait until they, or someone else tries again.

First, the movie itself.  It holds up well, if you haven’t watched it in a while.  It is of course a 10/10 film, even if the first movie is slightly superior.  It’s essentially a remake of the first, but the analogy I like to use for ‘slicker’ remakes that are aesthetically superior is that bread is always best when it’s fresh out of the oven.  Good stories are always best upon first hearing them.

Still, the sequel is almost the perfect action movie.  And even though the first movie has somewhat of an edge on it, this still feels like a career apex for practically everyone involved, Arnold Schwarzenegger, Jim Cameron, Linda Hamilton and definitely Edward Furlong.  Watching it again, it makes me hungry for this new sequel the old hands are working on.  Maybe they can bring back some of the magic.

However, I can’t recommend this to those who are now getting into 4K.  You’ve probably got a nice new TV and are looking for something to test its horsepower out on.  But if you’re hoping for Terminator 2 to be one of those special event purchases, StudioCanal is only wasting your time and money with this.  It’s not that it’s terrible – it’s noticeably better than standard Blu-Ray mostly – rather it’s underwhelming, inconsistent and a lot of the time, kind of a jarring experience.  Take for instance Schwarzenegger’s accosting of the bikers at the start of the movie.  In the space of a few seconds, his face goes from looking crisp (where you notice more than ever how his T-800 is demonstrably slightly older than the first), to turning into a waxwork DNR figure.

Is this acceptable?  It’s the same guy… probably in the same take! 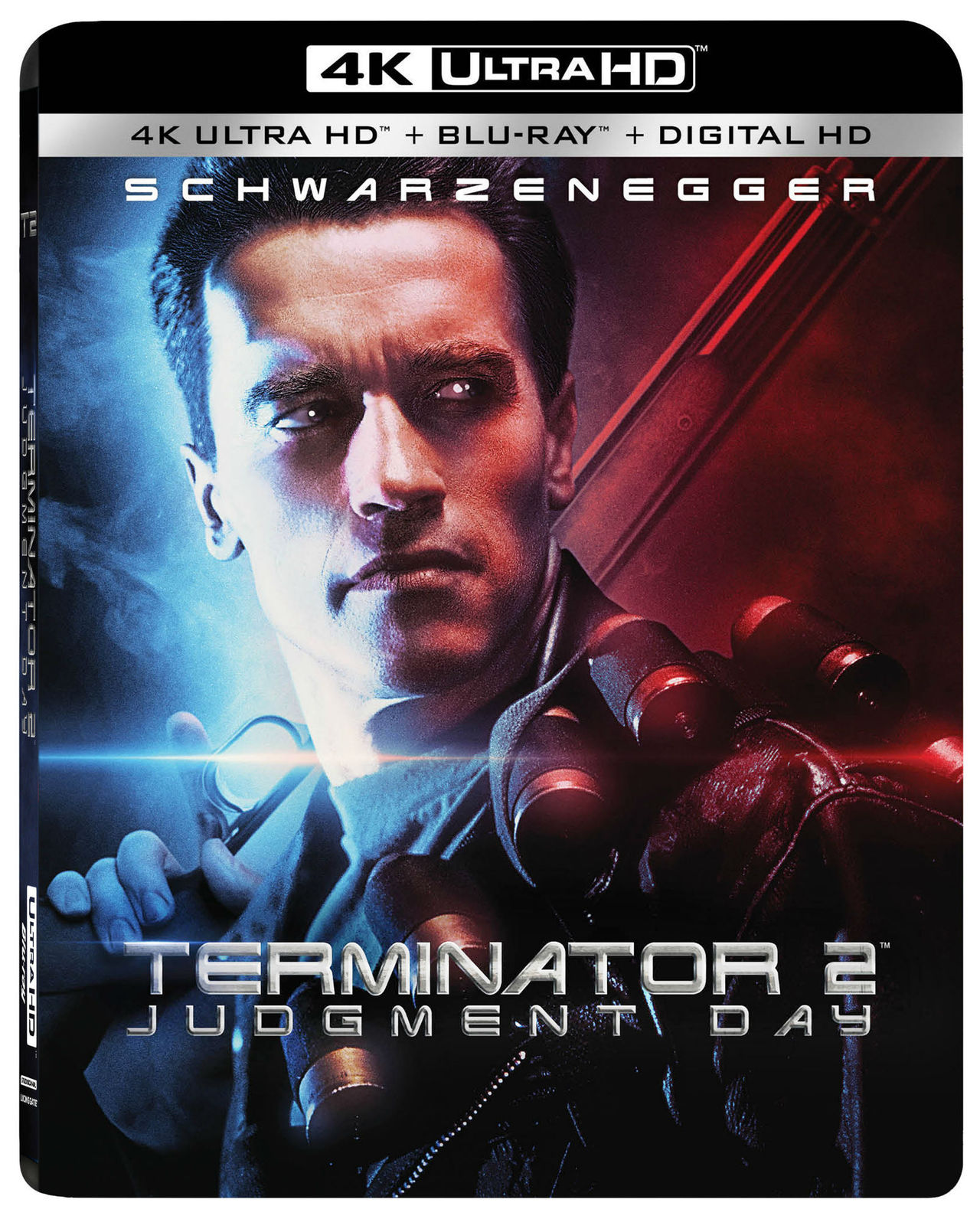 Elsewhere, what appears to my eye to be an overcompensation of digital sharpening can also at times become intrusive, giving silhouettes such as trees and hair outlines a mildly haggard and uncomfortable look.  All of this is apparently the result of being sourced from the 3D DI for the movie, so it’s not really a true 4K remaster… and if it is, it’s a damn shame.  The question is, are you willing to sit through long bouts of suspect quality in order to enjoy parts that really pop now and again?

The movie comes with the obligatory second HD disc.  On this, you can expect the usual supplements that have been issued before, but with a new 55 minute retrospective.  This was the only fun I had with this release, it features an enthusiastic Schwarzenegger/Cameron and a sickly looking Edward Furlong, who slurs his words.  It presented me with trivia that is either new, or has slipped my memory.

However, there is a further and final downside.  I’m not overly impressed with the packaging and menus.  It seems lazy, generic… with the film’s theme coming through as a sickly stereo track and screen previews flowing in the background without any impact or imagination.  It’s just all a big pity… something you’re going to have to just sit out.

Related ItemsAll
← Previous Story UPDATED: Hawke Has ’24 Hours To Live’
Next Story → The ‘Burbs Getting Another Special Blu-Ray