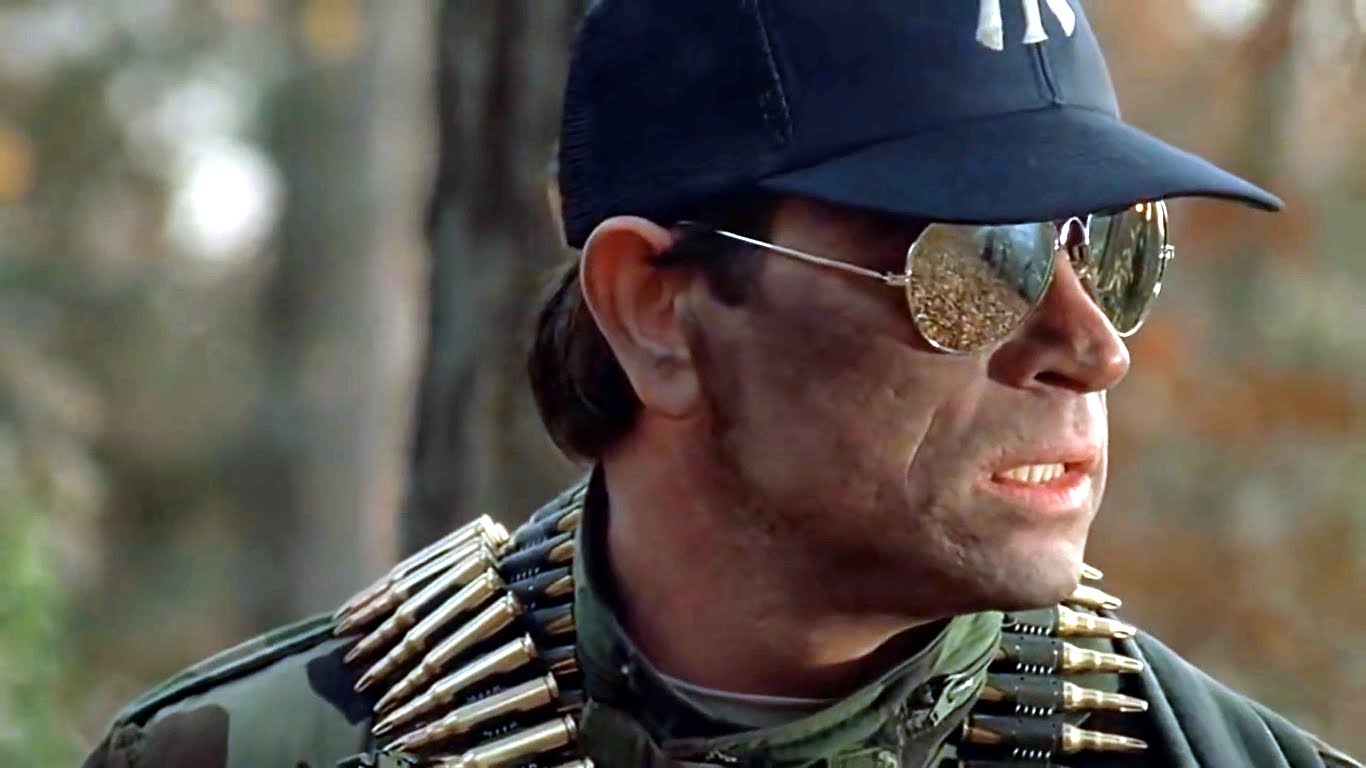 We got more than enough Die Hard clones, but not nearly as many Rambo/First Blood clones, especially the first movie (First Blood itself).  The first movie ever made for HBO was The Park is Mine, a First Blood rip off that dared to say something positive for Veterans… maybe this is why First Blood doesn’t get ripped off as much and maybe this is why the movie was never released on DVD in the USA. It was released quietly last Christmas on Blu-Ray there though, with a good picture quality too for such an old and cheap film.

Tommy Lee Jones plays Mitch, a Vietnam Veteran who defended the free world from red hordes, who can’t seem to catch a break from an ungrateful country.  His disrespectful wife won’t allow him to see his kids and POG cops hassle him while he’s minding his own business in the park.  After a comrade planned to shut down Central Park to raise awareness of the plight of Veterans, and other suffering civilians, dies, Mitch decides he’s going to enact the plan himself.  Take ownership of the park, armed with grenades, mines and machine guns.

Soon, the cops make their move, but the armed patriot repulses them.  The issue is taken up by the media, with Mitch’s words heard.  In support, people take to the streets, one little old lady voices her support and trashes mainstream media and the biased, ‘pencil neck’ talk show hosts; “I can’t stand it!”, she rages.  Meanwhile, the corrupt status quo show their true colors by bringing in hired killers.

If you can believe it, a communist VC with guerilla warfare experience and another foreigner, who also fought U.S. troops alongside the marxists.  However, they are no match for a God-fearing American armed with a belt fed machine gun.  Yes, along with helicopters being shot out of the sky, commies get gunned down in Central Park.  You just have to wonder… did Chuck Norris pass on this movie?

So, it’s a cheap movie.  Low budget.  But it has 1980’s staples Tangerine Dream, and Yaphet Kotto playing a sympathetic adversary.  It’s worth a look, a bargain basement Falling Down (1993).