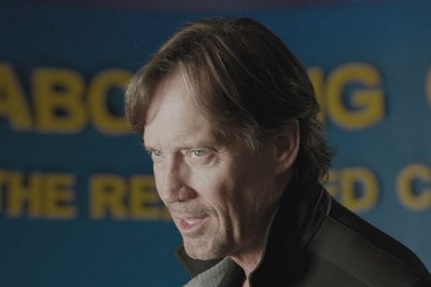 Manly man Kevin Sorbo has been banned from the East Coast Comic-Con.

The lead promoter and founder of East Coast Comic-Con, Cliff Galbraith, bragged on social media about banning the notably conservative actor from the upcoming geek convention in New Jersey … because of the actor’s friendship with Sean Hannity.

“I turned down Kevin Sorbo for East Coast Comicon,” organizer Galbraith wrote on Facebook over the weekend. “He’s pals with Sean Hannity. Just can’t do it.”

As it happens, Sorbo is appearing in a new boxing movie.  In Devotion (2018), a pastor will decide he’s going to take up boxing in order to donate his profits from winning fights to the poor and needy.  Unsurprisingly, since it’s a Christian-themed VOD manly movie, this is probably the only place you’ll ever hear about it.

At any rate… EC Comic-Con creator Cliff Galbraith has (aside from banning Sorbo) created growing discontent over his politicization of the event — see below.  Oh, and word to the wise, Cliff… banning someone from an event not only on the basis of their political views, but by association of someone else’s?  Two words, actually… lawyer up.