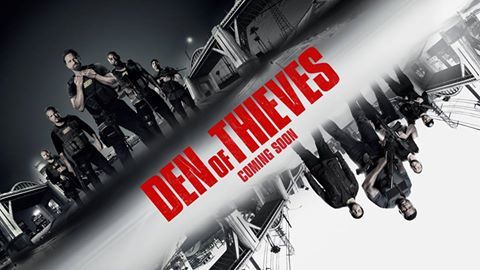 A lot has changed since I was a kid & a young adult. You see now women can be women, women are encouraged to be men, men are encouraged to be women but one thing a man cannot be apparently in this day & age is a man. Social justice Warriors, Feminazis & Manginas have attached a whole lot of bad things to the term “Boys will be Boys” such as rape, sexism, slave trade and God knows what else.

But it was not always this bad, for example during my childhood and young adulthood I used to love the TBS superstation created by Ted Turner who also was the founder of CNN. After Turner sold his media empire, CNN went from being a legitimate respected News Network to the the ambassadors of fake news and TBS one of my favorite channels growing up went from this

To sadly, today, this

Seriously, these commy motherfuckers  have the perfect plan…Take away the fun and the rest will follow. Damn you bastards all to hell!

Good old-fashioned manly movies are far and few in between nowadays and Gerard Butler has made a bunch of good ones throughout his career. A lot of critics have taken a dislike to Gerard Butler cause of his career choices specially his movie “London has Fallen” which triggered a lot of pussy critics whom labeled the movie as “Islamophobic” and “Trump Era Propaganda”. But when an action film gets that kind of criticism I take that as a cue that my ass needs to be there on opening night.

I loved “London Has Fallen” and I was happy to find out that the writer of that movie Christian Gudegast (who also wrote the little seen underrated Vin Diesel flick “A Man Apart” ) is making his directorial debut by reteaming with Gerard Butler on this movie “Den of Thieves” which also sees Butler act as a producer.

This Gerard Butler movie is also getting shit on by lot of critics for various reasons which led me to believe that I will like this movie as well and I’m happy to report that I did. “Den of Thieves” is a cool manly movie.

Butler plays “Big Nick” O’Brien a detective that leads an elite unit of the L.A. County Sheriff’s Department who call themselves “The Regulators”. “The Regulators” are trying to bring down “The Outlaws” who are a gang made up of ex-military men who use their tactical skills to commit robberies. “The Outlaws” have come up with elaborate plan to pull of a heist in the city’s Federal Reserve Bank & have to figure it out not only how to pull off what it seems like an impossible heist but also how to avoid being captured by “The Regulators” who are in pursuit.

The movie is very reminiscing of Michael Mann’s classic manly masterpiece “Heat”. From the LA setting, to the interaction between the cops and the robbers, the film has been labeled by some of it’s critics as a knock off of the film “Heat”, therefore generating a negative response from them but you see, I much rather go and watch a movie that reminds me of Mann’s classic “Heat” or a movie that aspires to be in the same category as that movie, than a movie that tries to be “Brokeback Mountain 2: The Anus Strikes Back” or some shit.

Another criticism that the film has received is it’s length. The film clocks in with credits at over 2 hours and 20 minutes but I did not look at my watch one single time, cause I was entertained from beginning to end. I really like the cast of this movie, especially it’s two leads.

First I would like to mention Gerard Butler cause the guy really kicks ass in this movie. He is a jacked up, hard drinking, chain-smoking, cursing, tattooed, cheating, badass motherfucka. Second I would like to point out that some of the ads for this movie made it seem like 50 Cent was the leader of the bad guys and this is false advertising, cause “Fifty” is only a henchman, the leader of the gang is Ray Merrimen portrayed by Pablo Schreiber who coincidentally happens to be Liev schreiber’s half-brother. Pablo Schreiber is really fucking good in this movie and this film showcases his talent and he should become more of a household name in the future in my opinion.

I liked how the action sequences were shot & also like I mentioned, didn’t have a problem with the pacing of the film. I appreciated the approach that the filmmakers took to the story but that’s not to say that it’s a perfect film or one without flaws but overall I thought it was a kick-ass movie and one that I will sure see again, so I’m giving it a positive review and recommendation.

“Den of Thieves” is a good heist, cops and robbers, action film.  Definitely worth a watch. After watching The Cinematic-Ass-Fuck that was “Star Wars: The last Jedi” I appreciated going to the cinema and watching something manly on the big screen, so kudos to Butler and Company.