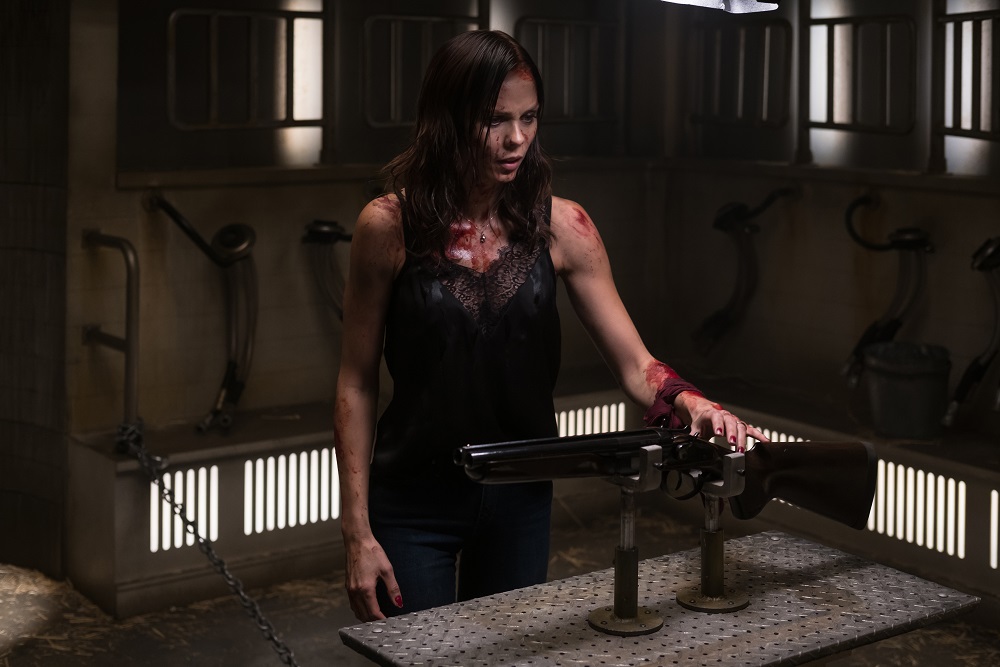 Those Saw movies used to be good, at least the first one.  There were so many sequels I don’t really remember if I enjoyed any, maybe the second one wasn’t too bad.  The ‘matter of time’ part has passed and now there is another one out there.  Ideally, this kind of update comes when someone offers a premise that is too good to resist, but in this case it’s just another case of the money being too good to resist.  Good bet, this poor movie took more than ten times its budget at the box office.

The film sees another group of lowlifes awaken to find themselves in a room with chains around their neck, being pulled toward furious bam saws.  Of course they get out of that predicament only to face more terrors, with the infamous doll on a tricycle playing tapes of Tobin Bell’s voice denouncing them as scumbags who must repent.  Just like the old films.  And on the outside, specialist cops are on the case, wondering how a man who has been dead ten years can resurface.  But all is not what it seems even within the ranks of the police.

Here is why this film should be avoided — an alien with an IQ of 410 could not create the traps found in this movie.  And even if it could, the alien would also have to be telepathic and clairvoyant.  They’re complex, yet stupid, and ruinously improbable.  But not as stupid as the hostages, the height of their stupidity being at the beginning.  They are trapped in a barn you see, but with flimsy walls and glaring daylight shining through the rickety wooden planks.  Two well-timed kicks would free them, but instead what do they do?  Go through the scary vault door where more hatchets and stabbing instruments await them.  The tone is set for 90 minutes of wincing shark jumping.

It’s nice hearing Tobin Bell voice the old character again, but they’ve blown it with this film.  Go watch the early ones instead.