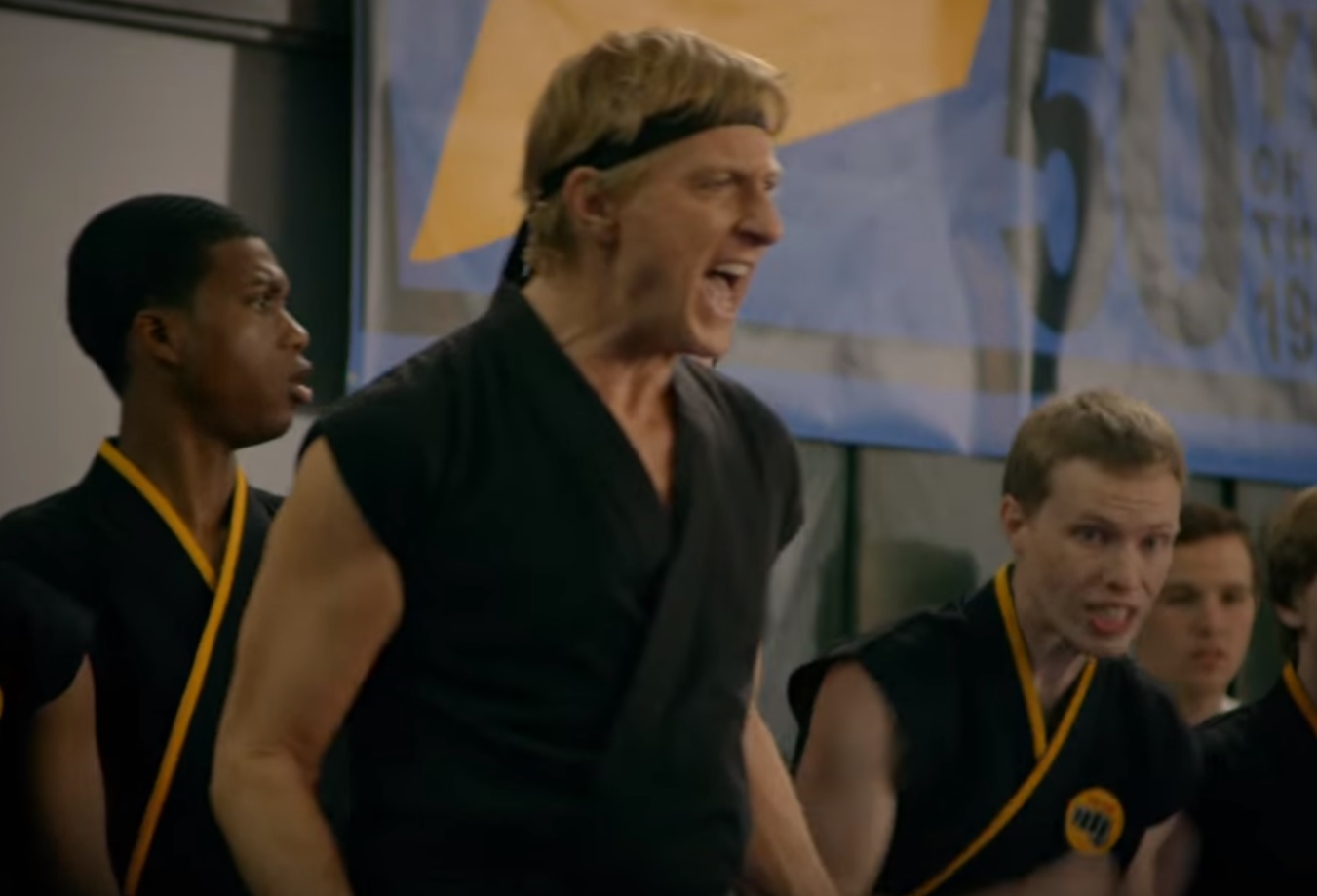 Things are starting to heat up with Cobra Kai.

Two new videos have been released (see below).  In the first, a viral video, former school bully Daniel LaRusso hypes up his used car prices.  LaRusso was not only involved in several controversial incidents as a youngster in America, but even wound up in a gang war in Japan, whilst provoking the local mob out there.

One has to wonder where the money came from to fund multiple luxury car chains.

The second video is a teaser for the series, which already has half a million views in itself.  On YouTube alone the trailers and clips are headed for a combined total of 30 million views.  Hopefully it’ll be a success and draw in Senseis Kreese and Silver for the second season.