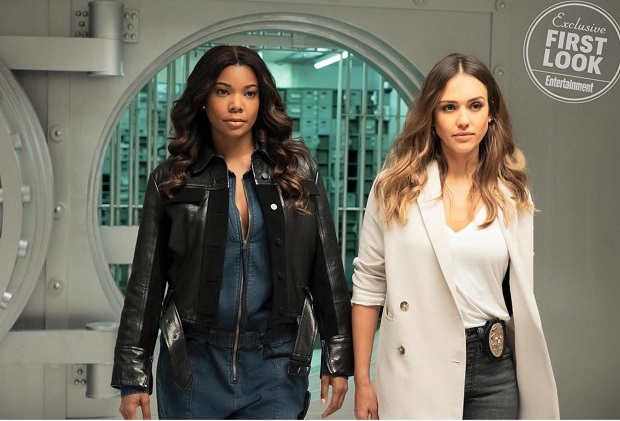 UPDATED:  Here’s the first look at this TV show, which is now a female reboot.  Guess they’re not going to call it ‘Bad Boys’.  Who’s excited!

A Bad Boys spinoff TV series is in the works with Gabrielle Union, according to Deadline. The site reports that, though no one has commented officially, the project is being pitched to TV networks and is expected to get a commitment. The Bad Boys spinoff series comes to us from producers Jerry Bruckheimer, who produced the Bad Boys movies, Doug Belgrad, who worked on the franchise as well, through his 2.0 Entertainment and Primary Wave Entertainment. Sony Pictures TV Studios is on board. Executive producing the series would be Belgrad, Bruckheimer, Jonathan Littman and KristieAnne Reed.

The show will follow Union’s character from the second movie. Is this good news? Probably not, when do these types of TV shows ever work? Has anyone forgotten that there was a ‘Taken’ TV show?  To be honest, I couldn’t even tell you who the hell was in that, let alone what it was about.

Worse, this might suggest that a third movie in the 1990’s themed R-rated series is in the toilet?