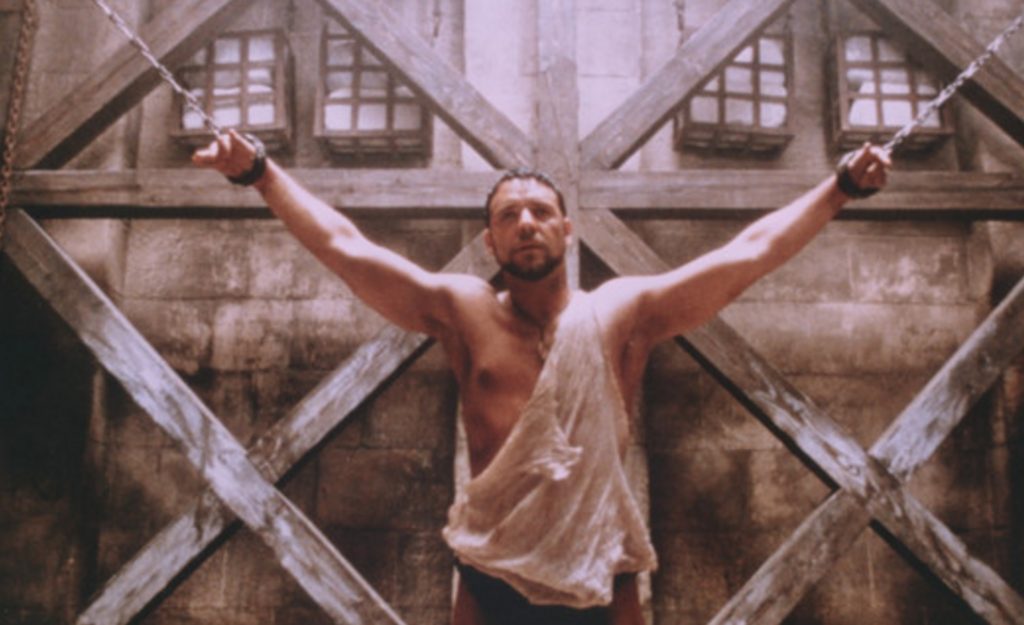 PREVIOUSLY: Ridley Scott is out talking about that Gladiator sequel again.

I don’t know if you remember, but he spoke of this many, many years ago.  And actually if I think about it, Russell Crowe was even more in favor of it.

In speaking to EW he’s been wanting to do the sequel for a while and definitely wants Russell Crowe back if Crowe still wants to do it. The character famous dies at the end of the first film, but Scott seems to think that won’t be a problem:

“I know how to bring him back. I was having this talk with the studio, ‘but he’s dead.’ But there is a way of bringing him back. Whether it will happen I don’t know. Gladiator was 2000, so Russell’s changed a little bit. He’s doing something right now but I’m trying to get him back down here.”

Sounds like a bad idea to me.  We’ll have fat Maximus battling CGI gods or something?  Come on now!