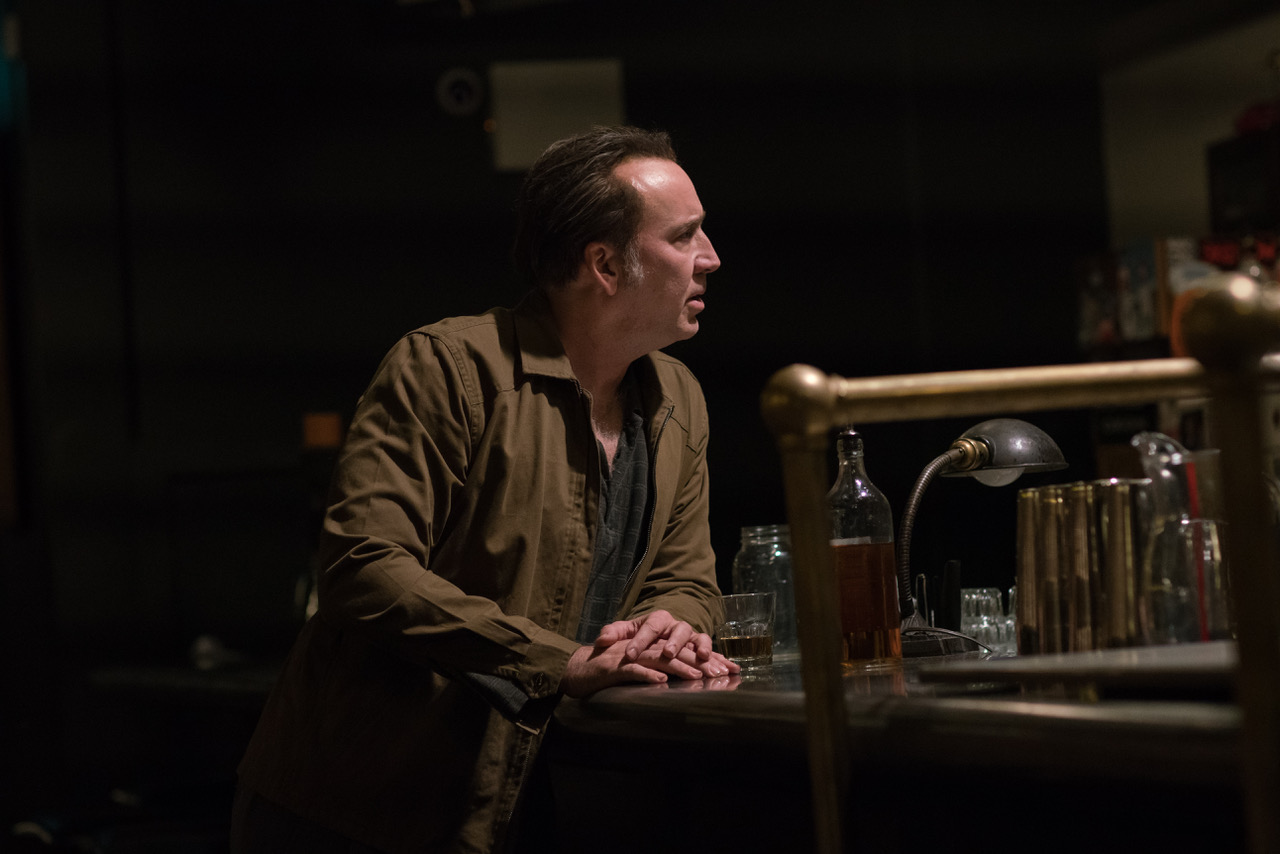 Nicolas Cage is Frank, an ex-gangster, newly released after serving 19 years in prison in A Score to Settle. Frank is set free after being diagnosed with a fatal form of insomnia. This diagnosis means he only has a few months to live. Years earlier, Frank took the rap for the murder of a man beaten to death with a baseball bat. Frank thought he would only serve six years in prison and get a cash payout from his former gang for taking the fall. Unfortunately for him, six years became life, and in the interim, his wife died, and his son became a drug addict.

Savoring the fresh air after being cooped up for so long, Frank aims at reconnecting with his estranged son, Joey (Noah Le Gros). More importantly, he wants revenge on the men who committed the baseball bat murder. Frank buys guns, ammo and digs up a stash of cash buried deep in the woods. He aims to systematically murder everyone in his former gang before his degenerative condition gets the better of him.

A Score to Settle is not a return to form for Nicolas Cage. It is a setback for his career renaissance. Dull and cheap-looking, I’ve seen better cinematography and production values on independent Youtuber channels. Lacking thrills and action, A Score to Settle is best described as a leisurely paced drama with revenge elements.

As for Nicolas Cage, he commits to the role, giving a subdued but exciting performance. Law and Order alumni Benjamin Bratt also shows up in a minor role. The rest of the supporting cast is pretty forgettable.

A Score to Settle does not have my recommendation for digital rental or purchase. Even ardent Nicolas Cage fans will have a tough time enjoying this.