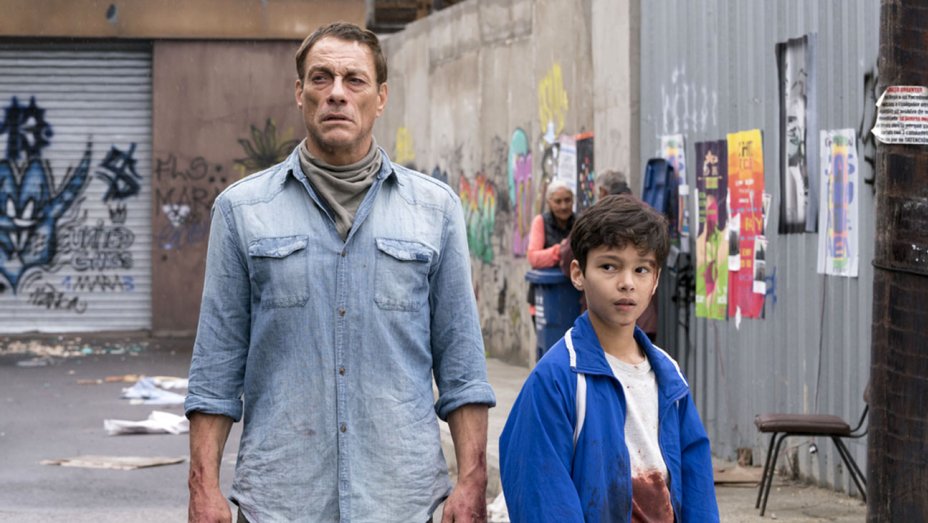 Jean-Claude Van Damme stars as a disabled army veteran and Oxycontin addict in the mediocre crime drama, “We Die Young.” In 1990, Steven Seagal appeared in “Marked for Death,” which showed him tackling Jamaican drug dealers. I was expecting something similar in tone from “We Die Young.” What I got was Van Damme appearing in a Boyz in the Hood type movie.

The film is about Lucas (Elijah Rodriguez), a young man living in a rough area near Washington, DC, and who works as a runner for a vicious MS-13 gang boss, Rincon (David Castaneda). Lucas longs to get out of his ‘hood’ and keep his younger brother, Miguel away from the gang-banging lifestyle. This storyline is nothing the audience hasn’t already seen before.

Van Damme does not do many martial arts or even kicks or punches in the film. He looks depressed in every scene, much like Bruce Willis in his latest output. Worst of all, Van Damme’s character, Daniel, is mute, due to a shrapnel injury from his time spent as a soldier in Afghanistan. Having Van Damme not speak was a stupid decision and reeks of laziness on Van Damme’s part. He cannot pull off a lengthy non-verbal role effectively.

On a more positive note, “We Die Young” does make an effort to show the complexity of living in a gang-infested neighborhood. In this area, sentimentality and brutality intertwine — for example, a beautiful suburban wedding becomes a war-zone, with bullets and bouquets flying equally.

For action fans, apart from the film’s ending, there is not much action, and even then, the dreaded ‘shaky-cam’ makes its appearance.