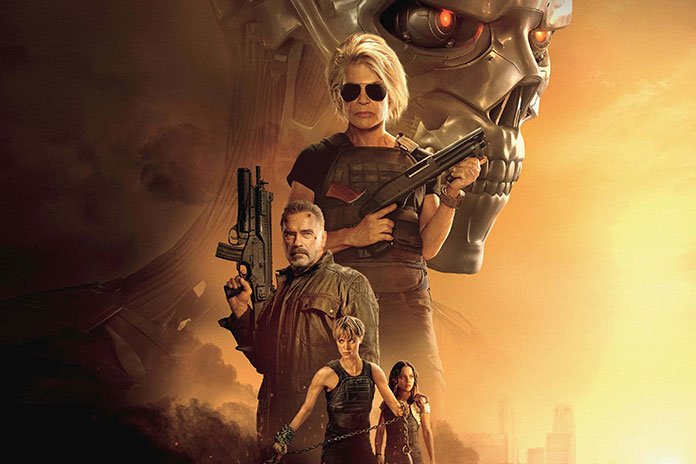 Terminator: Dark Fate is seemingly not going to perform well at the box office.  The film is reportedly headed toward a U.S. opening weekend of $28 million.  This is better than the opening for Terminator: Genisys, but that movie did not cost as much to make.

Elsewhere, something odd is happening with the movie on Rotten Tomatoes.  As the critics score drops to 69%, the audience score rises to 86%.  That certainly is eye opening, considering how God awful the film is.  I would even go as far as to call it suspicious.

The Rock made the announcement of the film at Madison Square Garden on Friday during the weigh-in for this weekend’s UFC 244 card. Johnson says: “I was drawn to this because he has such a compelling story. Yes, he achieved so much in his life, but like all of us, like all of these fighters, he battled these demons.”

Here is a gameplay video from Terminator: Resistance.  It’s funny, the game looks better than Terminator: Dark Fate and even stays true to the original music, even sounding sort of like a 1990’s arcade game.

We used to want to ignore everything after Terminator 2: Judgement Day, now that wish is extended to wanting to ignore Terminator: Dark Fate.  Well good news, because even though it’s release closed to ‘Dark Fate’, ‘Resistance’ outright ignores its existence, including all of the other crappy sequels.  This game adheres only to the lore found in the first two movies.