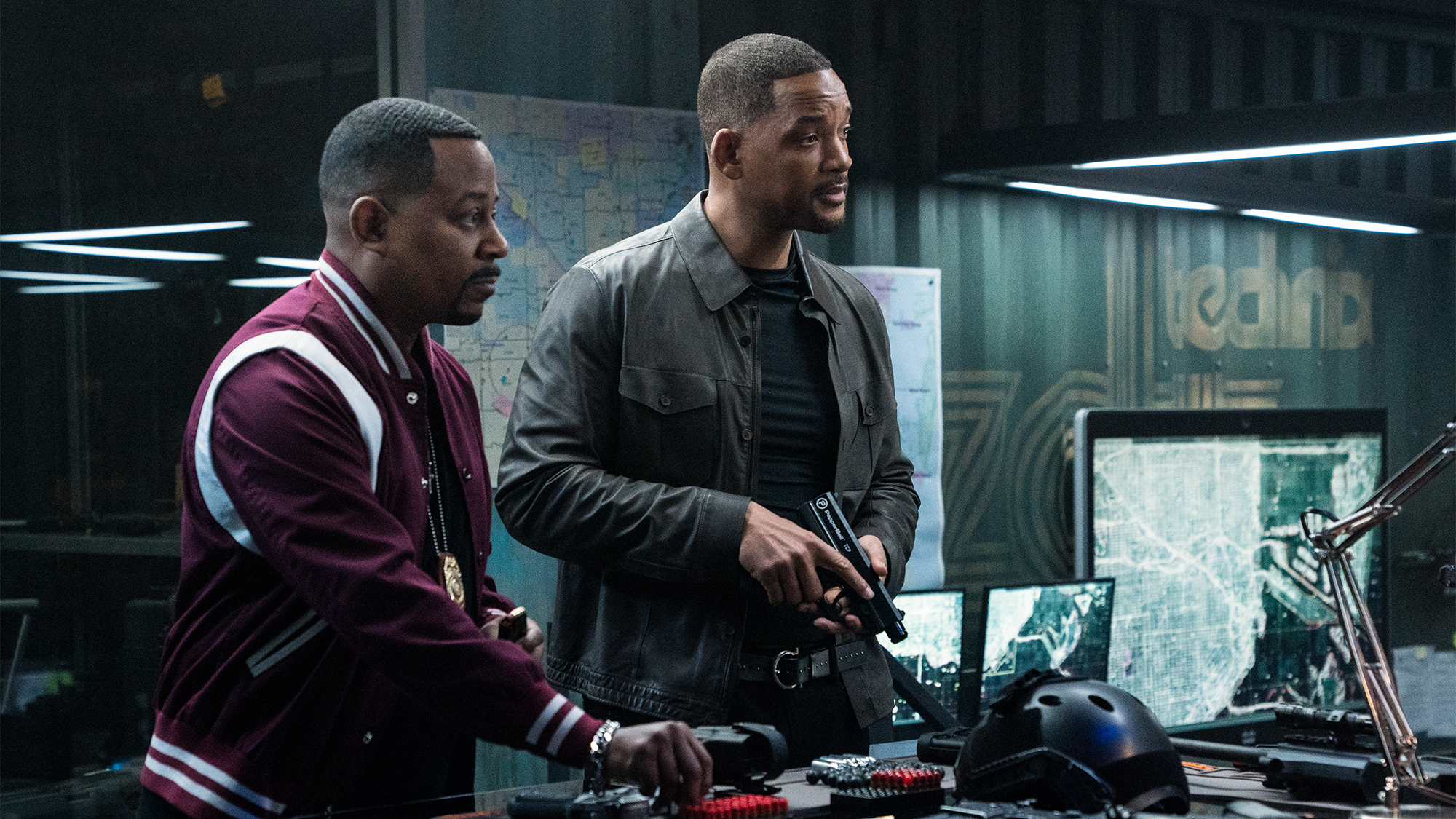 17 years after the heavily criticised but still enormously entertaining Bad Boys II, Will Smith and Martin Lawrence finally return with 2020’s long-delayed Bad Boys for Life. With Michael Bay stepping away for this sequel, Belgian directors Adil El Arbi and Bilall Fallah enter the fray, aided by screenwriters Chris Bremner, Peter Craig (The Town) and Joe Carnahan (Narc). Rather than a stale, lazy rehash of established franchise tropes, Bad Boys for Life gives the brand some life-saving reinvention, introducing unexpected storytelling maturity while also taking the narrative seriously for once. It’s definitely a Bad Boys movie, as the new filmmaking team maintain the franchise’s longstanding proclivity for violence, profanity, bantering, and other masculine virtues, but this third instalment is more good-natured and likeable, thanks in large part to Bay’s creative departure. The result is a welcome and refreshing surprise, surpassing all reasonable expectations with confidence.

After Miami detective Marcus Burnett (Lawrence) witnesses the birth of his first grandchild, he begins growing weary of his age, and plans to retire. But Marcus’ partner, Mike Lowrey (Will Smith), is not ready to retire or settle down, refusing to acknowledge his age despite needing to dye his grey goatee. Meanwhile, when criminal Isabel Aretas (Kate del Castillo) breaks out of prison with the help of her son, Armando (Jacob Scipio), she begins planning her revenge for the death of her cartel kingpin husband. Under orders from Isabel, Armando begins targeting the officials who were responsible for bringing down the Aretas cartel, including Mike. When Mike survives an assassination attempt, he wants justice, seeking to convince his blustery boss, Captain Howard (Joe Pantoliano), to let Miami’s “Bad Boys” find out who tried to kill him. With Marcus back in action for one last ride, the pair join up with AMMO (Advanced Miami Metro Operations), a new tech-driven police taskforce led by Mike’s ex-girlfriend, Rita (Paola Nuñez).

As much fun as it is, story was not a primary (or even secondary) concern for Bay’s Bad Boys II, which concentrated more on comedic vignettes, savage bloodletting, and over-the-top action mayhem. But with Bad Boys for Life, the story – while still relatively familiar – is surprisingly thoughtful and character-based, which demonstrates that this is not merely a lazy cash-in. This third instalment is about age, with Marcus seeking to retire and live peacefully with his family, while Mike is determined to live in the moment, continuing to gun down bad guys and sleep with random women for as long as possible. Astutely, the screenplay gives the pair actual dimension, with Mike and Marcus forced to confront their mortality, perceptions of faith, and the consequences of their actions. Additionally, the world has changed considerably since Bad Boys II, with modern law enforcement evolving towards non-lethal weaponry and tech-heavy investigative methods; thus, the titular pair’s reckless, trigger-happy ways are no longer tolerated. Bad Boys for Life heavily leans into this dynamic, as Mike and Marcus reluctantly try to adapt to AMMO’s modus operandi, though they never balk at the prospect of a violent shootout.

Fortunately, Bad Boys for Life continues the series with an R rating, which allows for impactful violence and salty dialogue. Uproarious comedic moments pepper the movie, including snappy banter and recurring jokes, in addition to some welcome fan service, most notably in the form of two cameos that will have fans grinning ear to ear. However, while Bad Boys for Life earns big laughs, the tone is more dramatic on the whole, with a real sense of peril and higher stakes than ever. The tonal shifts are not always successful, and the complex story machinations mean that it’s not as purely fun as Bad Boys II, but the material’s sincerity is a massive advantage, serving to elevate this sequel above more run-of-the-mill action films. In addition, with a generous $90 million budget at their disposal (which is still less than Bad Boys II’s goliath $130 million price tag in 2003), directors Adil and Bilall adeptly put their own aesthetic stamp on the production, with a style that’s influenced by Bay, but without his extreme idiosyncrasies (i.e. shots lingering on female body parts, and intense over-editing). Action sequences are coherent and frenetic, while the visuals are unfailingly slick throughout, thanks to Robrecht Heyvaert’s polished cinematography. Luckily, the production relies on old-fashioned stunt-work and practical effects as often as possible, which gives the action more immediacy. Additionally, with such a comparatively modest budget, the action is not ridiculously over-the-top like a Fast & Furious flick. This restraint is a real benefit, as it’s a thrill to witness grounded yet stylish action set-pieces in a cinematic climate dominated by superhero blockbusters. Another strength is Lorne Balfe’s score, which resurrects the recognisable Bad Boys theme and pleasingly accompanies the selection of hip-hop tracks that pepper the soundtrack.

The main appeal of the Bad Boys flicks is Smith and Lawrence, who once again bring their ‘A’ game to the material – it’s a joy watching them on-screen. Despite the 17-year gap, the pair slip back into their roles with confidence, maintaining a razor-sharp, witty rapport which keeps the movie compelling in between the action scenes. Smith and Lawrence proficiently handle the more dramatic material as well, which makes their respective characters feel surprisingly real. Furthermore, one of the most legitimately surprising aspects of Bad Boys for Life is the AMMO crew. Bringing in a new-age generation is such a trite cliché which rarely works, but smart casting and writing renders them a pleasing asset; the AMMO squad is charming, and share a fun dynamic with their elders. Alexander Ludwig is a particular standout as the tech guy with a dark past, while Charles Melton ably holds his own trading sharp banter with Smith. Hell, even Vanessa Hudgens (late of High School Musical) is more tolerable than expected. Meanwhile, it’s great to see Pantoliano back in action as the long-suffering captain, and his scenes with Smith and Lawrence are a constant delight. Also effective are the villains – Jacob Scipio and Kate del Castillo come across as genuinely threatening and sinister, instead of perfunctory.

It doesn’t break any new ground in the genre, and it is a tad too long, but Bad Boys for Life is a consistently entertaining and confident continuation of the fan-favourite franchise, showing that some long-delayed sequels genuinely get it right. Admittedly, devout Bad Boys fans might have preferred a juvenile, over-the-top, gleefully offensive follow-up in the same vein as Bad Boys II, but such a sequel would only deliver more of the same. Instead, Bad Boys for Life displays surprising franchise growth; for once, there’s heart to complement the rousing action sequences and comedy, and it feels less mean-spirited that its immediate predecessor. It is also a satisfying watch for audiences who miss the bygone action genre heyday, when big-budget action flicks leaned into their R-rating. Be sure to stick around for two additional moments during the end credits: there’s a scene which sets up a potential Bad Boys 4, as well as an extra joke.

Gentlemen, this one is a keeper. See it on the biggest possible screen.