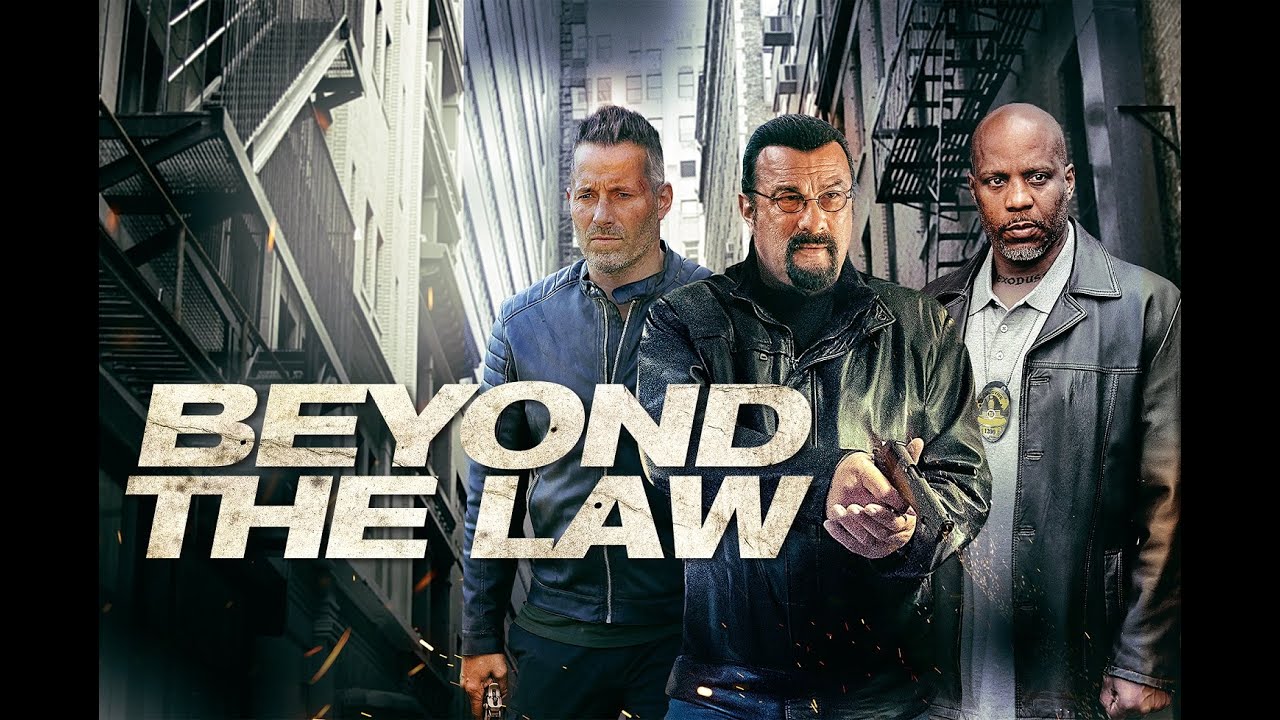 Run Time: 90 Mins
Rated: R
What to Expect: Johnny Messner is out for justice in this boring thriller.

Johnny Messner, Steven Seagal and DMX star in Beyond the Law, a drawn-out, tiring revenge thriller that barely qualifies as watchable.

The movie begins with robber Desmond (Zack Ward) and an associate, armed with shotguns, stealing a pile of cash from what appears to be a criminal organization. Desmond then gives the money over to Chance Wilson, a young degenerate gambling addict, to stash at his seedy apartment.

When Desmond returns to retrieve the cash from Chance, he finds out the money’s missing and callously kills the young man.

Before his death, Chance had been working at the Razor Room, a nightclub owned by Augustine Finn Adair (Steven Seagal). Augustine is a Los Angeles area crime boss involved in drug trafficking.

DMX plays Detective Munce, a cop assigned to investigate Chance’s killing. He tells Chance’s father, Frank Wilson (Johnny Messner), a former detective, that his son is dead. Distraught and angry over his son’s murder, Frank goes to the big city to seek justice.

Johnny Messner is an actor I have liked since his role as a Navy SEAL in the underrated military thriller, Tears of the Sun (2003). He does the best he can in this movie. He is also a great voice actor with a deep, resonant voice. Messner was the voice of Flint in the GI Joe: Renegades (2010) animated series. Unfortunately, in this movie, he is not the most physical actor anymore, moving slow and hesitantly in poorly choreographed action scenes.

.
In 2000, Steven Seagal starred alongside rapper DMX in Exit Wounds (2000), an action movie about dirty cops in Detroit. The film ended up being an unexpected hit, grossing almost 80 million worldwide against a 50 million dollar budget. Flash forward to 2019, both Seagal and DMX now appear in Beyond the Law. However, this is not the reunion action fans were hoping for as the men share no scenes. Seagal shows up in an almost extended cameo, sitting down, smoking cigars, and occasionally berating an underling. He barely demonstrates his aikidō techniques.

The film’s brightest moment comes when Seagal uses his firearm to kill four thugs and give the one-liner, “That’s part of the life, bitch.” Seagal’s delivery of this line is an excellent bit of unintentional comedy.

Beyond the Law is ultimately a chore to sit through, and is full of meandering, needless flashbacks. Also, there is excruciatingly bad rap music interspersed throughout that functions effectively as noise pollution. Even the most ardent Seagal fan will find this movie beyond the limit of what they can tolerate.