REVIEW: I Am Vengeance: Retaliation (2020) | ManlyMovie 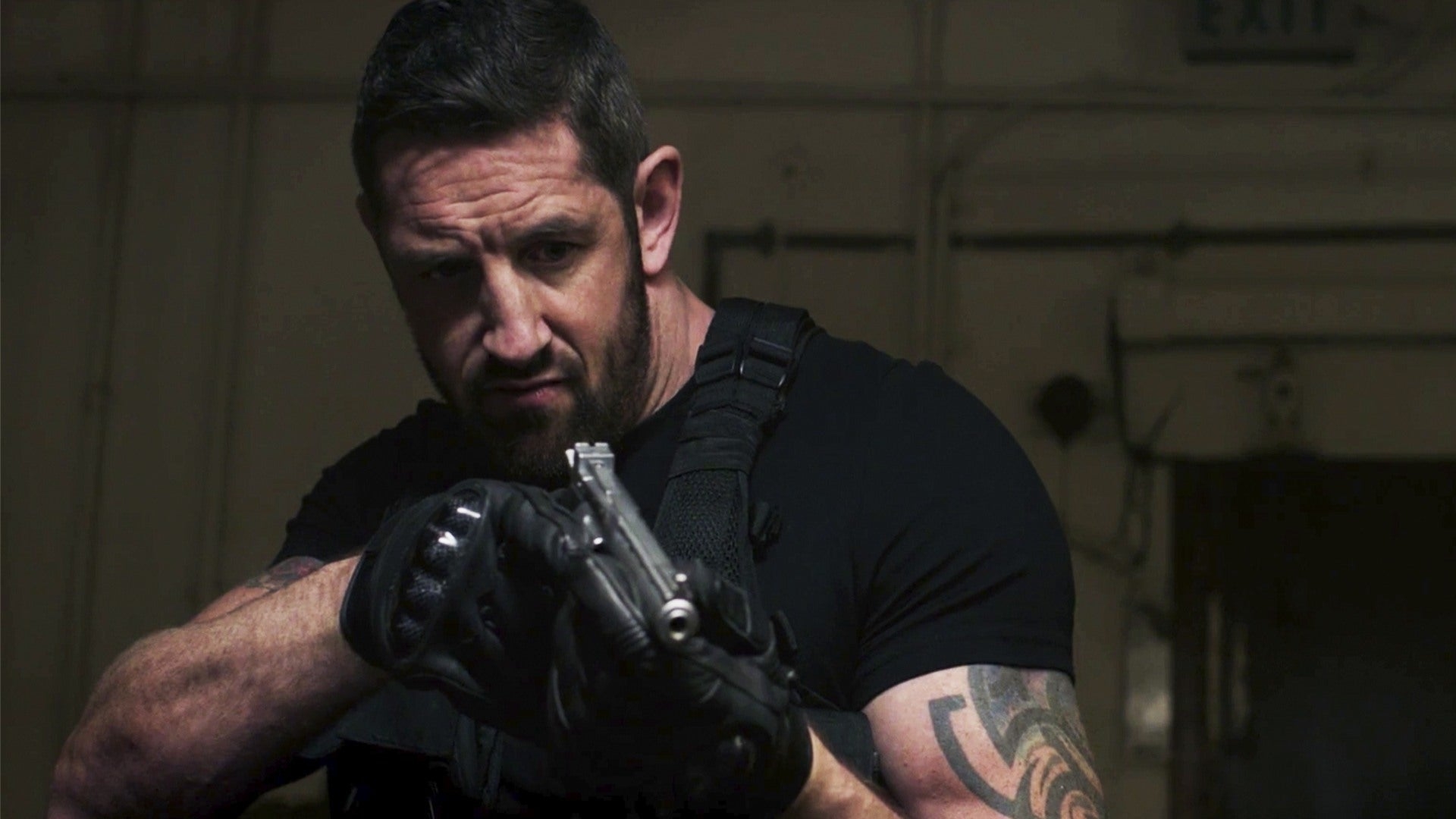 Run Time:  82 Mins
Rated: R
What to Expect:  A series of inane fights set in one cheap-looking location

Former WWE wrestler Stu Bennett aka Wade Barrett reprises his character, UK special forces operative John Gold in I Am Vengeance: Retaliation (2020).  John Gold was first seen in I Am Vengeance (2018).  This movie is a contrived slog that will test your patience, despite some decent fight choreography.

After casually murdering three scumbags in front of witnesses at a gentlemen’s club, John Gold is approached by an intelligence agent named Frost.  He tells him he wants John to lead a 5-person team to take down Sean Teague (Vinnie Jones).  If Gold brings him in, all of Gold’s past crimes will be forgiven by the government.  Teague is an ex-spy turned mercenary for hire.  He is responsible for numerous civilian deaths across the globe.  Gold’s mission is to capture Teague alive and transport him back to a secure black site facility.

Teague’s base of operations is a warehouse.  Gold’s team, which consists of two other operators, easily breaks into Teague’s compound and arrests him.  While transporting him to another location, their group comes under fire.  Their getaway goes awry, and Gold ends up driving into what seems to be a factory.  Gold discovers that Teague’s crew is behind this attack.  Now trapped in a rundown building, Gold’s team must fight back against intruders who want to kill them and rescue their leader.

Stu Bennett makes a hulking, intimidating figure as John Gold, looking more like an end-level boss in a video game than a hero.  Bennett has a real presence but is overshadowed by an endless series of fight scenes.  There is no actual plot or story.  The whole movie is bogged down in one decrepit and ugly location.  It reminded me of another ultra-tedious film, The Marine 5: Battleground (2017), set mainly in an underground parking lot.

Vinnie Jones, as villain Teague, is not given much to work with.  He appears as if he would rather be filming in a Bulgarian strip club with Steven Seagal instead.

I Am Vengeance: Retaliation is a dull, aimless, tiresome affair that is not recommended for digital rental or purchase.  Unless you are a hardcore fan of either Stu Bennett or Vinnie Jones, there are far better VOD options for you.