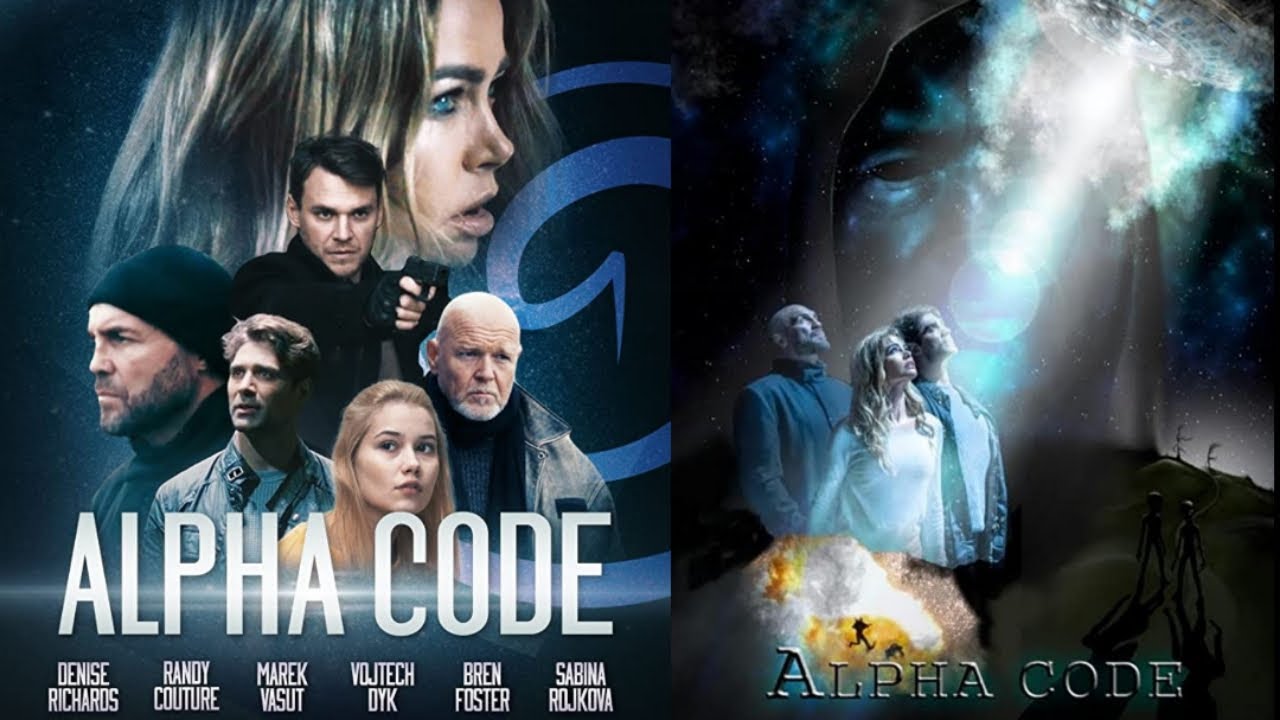 Run Time: 97 Mins
Rated: PG
What to Expect: A father searches for his abducted daughter in this uninspiring sci-fi tale

Keoni Waxman (Contract to Kill) directs the pedestrian and derivative, Alpha Code. The film borrows liberally from The X-Files (1993), Dark Skies (1996), PSI Factor: Chronicles of the Paranormal (1996), and Fire in the Sky (1993). It stars Bren Foster (The Last Ship), Denise Richards (Wild Things), and Randy Couture (The Expendables).

Martin Fell (Bren Foster) is taking his teen daughter, Teri (Sabina Rojkova), for a holiday at his cottage in the beautiful Czech countryside. However, what begins as an enjoyable excursion soon turns into a nightmare. After going to bed for the night, Martin wakes up when he hears his car alarm go off. He also sees strange, flashing red lights in a forest adjacent to his cottage. Distraught, Martin checks his daughter’s room and finds her missing. He looks outside her window and sees her walking in a trance-like state toward the woods, surrounded by tiny grey aliens. Running after her, Martin is pulled in the opposite direction by an unseen telekinetic force that slams him into a nearby tree trunk. Before passing out, Martin observes his daughter, disappearing into an alien spacecraft.

Martin regains consciousness in a local hospital bed. Agent Ray Bowie (Randy Couture), a member of a men in black type organization, is there when he wakes up. Bowie tells Martin an earthquake damaged his cottage, and a fire broke out. Since this information seems dishonest and suspicious, Martin decides to leave, eluding Bowie’s men. He returns to his cottage, where he finds it has not been destroyed but is instead crawling with government agents.

Believing his daughter is still alive, Martin searches alien abductions articles and videos online. He comes across the phone number of Johana (Denise Richards), who left a comment on one of those articles. Meeting up with her in person, she takes him to an off-the-grid sanctuary for those seeking to communicate with aliens. This group calls themselves the Unchosen because they all had loved ones or family members abducted, leaving them behind. Martin believes the Unchosen can help him locate his daughter.

Bren Foster makes an affable lead and is an underrated performer. He is also a remarkable martial artist who first demonstrated his abilities playing a hitman in Force of Execution (2013). Unfortunately, he shares no chemistry with Denise Richards, making their characters unexpected romance feel contrived.

Keoni Waxman is the director of nine Steven Seagal action films. One wonders how Seagal would fare in this sort of science fiction production. The closest he came was in Attack Force (2006). In the original script treatment, he fought vampire aliens. It would be fun to see Seagal use his aikidō techniques to grapple and front kick grey aliens while dropping pithy one-liners.

Alpha Code is only recommended for those who have a passionate interest in alien conspiracy films. This movie is available on VIMEO on Demand.