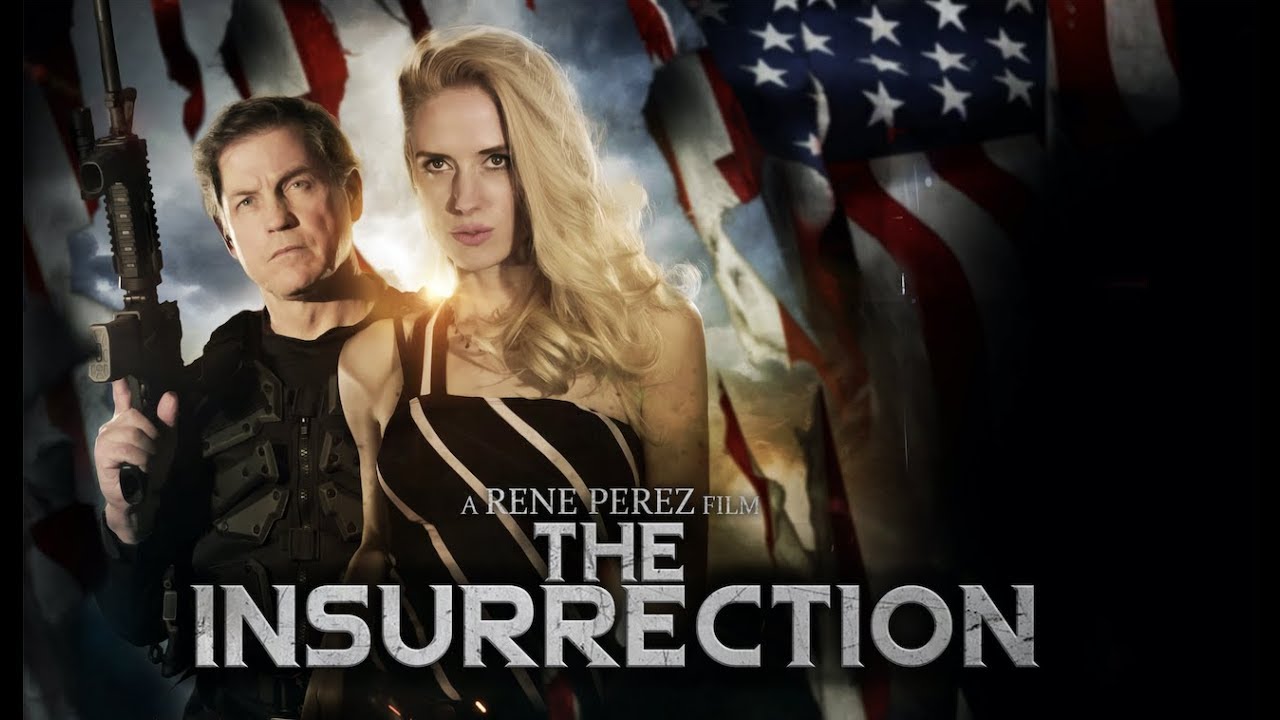 Run Time:  90 Mins
Rated: R
What to Expect:  A whistleblower comes under siege in this politically charged action film

The Insurrection is director Rene Perez’s tale of a movie studio executive’s decision to expose her company’s political agenda.  This decision puts her life in danger.  While advertised as a thriller, there is far too much speechifying and not enough action.

Joan Schaffer (Wilma Elles) is the CEO of an entertainment company.  She is also part of an elite, Illuminati-like organization.  As a result of an unforeseen tragedy, she decides to spill her secrets to the public in a series of interviews at her remote mountain safe house.  Joan realizes that these interviews will result in the Illuminati, sending armed men to kill her.  She hires a hard-edged mercenary (Michael Pare) for protection.

During her conversations with journalists, Joan explains that elites like her use movies and television programs to push a left-wing political agenda.  Also, she proclaims that her organization’s goal is not entertainment but social engineering and indoctrination.  However, Joan has come to resent the elite’s agenda and now supports traditionalist beliefs and attitudes.

As motion sensors detect multiple intruders trespassing on Joan’s property, it is up to her bodyguard to repel these invaders.  Her bodyguard must hold off attackers long enough for her to complete all her interviews.

Michael Pare (Streets of Fire) delivers a stoic and understated performance in his role as Joan’s bodyguard.  He brings much-needed gravitas and is physically adept in action scenes.

Rene Perez composes an enjoyable electronic score that is both moody and distinctive.

Despite the tedious and draggy pacing of Joan’s interviews, The Insurrection deserves plaudits for bringing up issues that most low budget films are too terrified to mention.  Director Rene Perez seems to be transitioning from genre films to become a more political filmmaker.

If you are open to trying a different kind of independent film, The Insurrection is a unique choice.  This movie is available to rent or purchase on VIMEO or Amazon Prime.