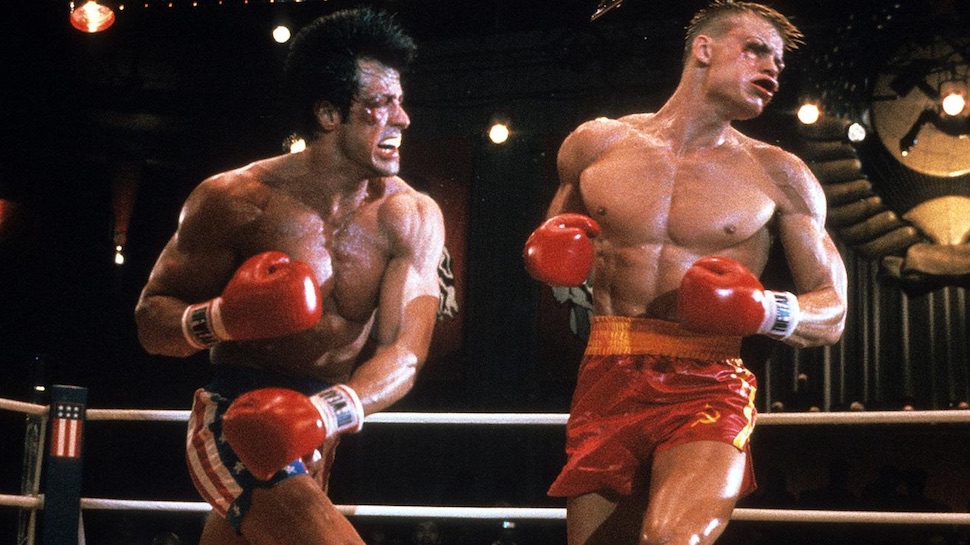 UPDATED: Here’s sort of an update on this, with Sylvester Stallone hyping the movie on Instagram again, this time speaking of the 35th anniversary. Does this mean the film will hit in November?

For the 35th anniversary Rocky 4 Is getting a new DIRECTORS cut by me. So far it looks great. Soulful.. Thank you MGM For this opportunity to entertain.

Perhaps now we know why extra material (such as deleted scenes) for action classic Rocky IV has been so scant on the ground over the years, on DVD and Blu-Ray releases etc.  Has Sylvester Stallone been insisting on holding off on it for something?

Asked on social media if there’d be a director’s cut of Rocky Balboa (2006), Stallone says:

“I am not doing that but I am doing a director’s cut on Rocky IV which will be amazing!!!!!”

There isn’t much information about deleted material from this film, so it’ll be interesting to see how it unfolds.  The only ‘extra’ footage comes in the form of some redundant cut boxing commission material in the trailer.