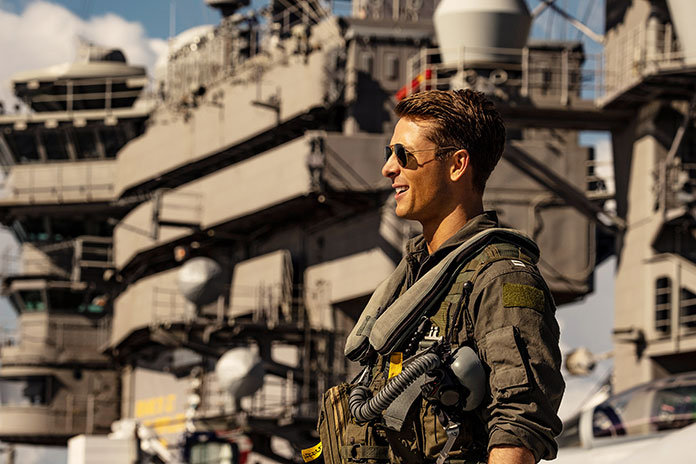 However, heroic manlet and box office wrecker Tom Cruise insists that his fans get better, and in Top Gun: Maverick, there is going to be none of this synthetic shite.

Actor Miles Teller, who plays Goose’s son, has spoken about it this week.  He tells Men’s Journal:

“There is no green screen in a Top Gun movie. Every shot, every stunt, was the result of the work, the real sweat, that we all put into it. The production was over the course of a full year, which was definitely the longest shoot I have ever been a part of.

I had about three months of flight training before starting the movie. That time was important to get comfortable with the crafts but also to build up our G-force tolerance, because all of the aerial elements were shot practically.

Before we got into the jets, we had to pass the Naval Aviation Survival Training course in San Diego. You learn all the protocols you need to go through if you ever have to eject over the ocean. They drag you across the water, they flip you on your bag, they want to see you able to get out of your harness and much more. “

He also references one called ‘The Dunker’. Teller explains:

“They put you into a modified helicopter, strap you to a chair, and then submerge this tank underwater. They blindfold you. Give you a chance to grab your last breath and then they take you down under the surface. Once you are under, they start to flip the tank and you have to prove you can go through the right operations to get out, as calmly as possible. Your partner is in there with you, and together you have to break open the hatch. It feels like some sort of torture chamber to a degree.”

Top Gun: Maverick is going to be the shit.  In fact, it looks to me like it’s going to be better than the first film.