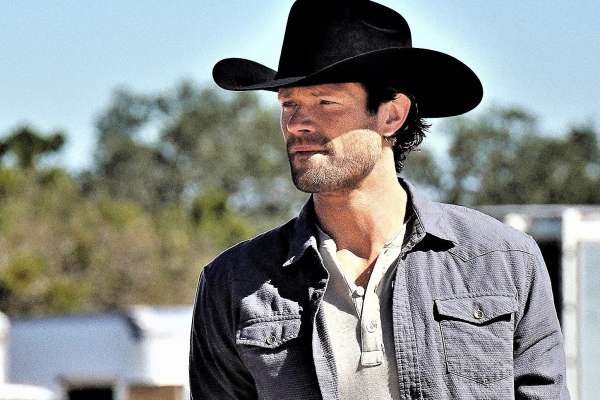 This year sees the reboot of popular 1990’s TV action series Walker: Texas Ranger.  Gone is Chuck Norris, to be replaced by Jared Padelecki.  In fact, a lot of things are gone in the first episode, which we’ll discuss further below.  It appears to be an attempt to broaden the audience of the series by capturing a larger female audience, possibly at the expense of both male and female viewers.  The new Walker is a slushy melodrama with tacky production values.

The pilot sees Texas Ranger Cordell Walker narrowly miss the murder of his beloved wife, a life altering event in theory, that doesn’t seem to affect the man all that much.  Unlike Chuck Norris’ strong and silent Walker, Padalecki has a hefty family to fall back on; brothers, children and parents, whom he sees frequently.  He’s also remarkably cheerful for a frustrated and bereaved man seeking answers.  He also teams up with a new partner, Micki Ramirez (Lindsay Morgan), who has replaced the Jimmy Trivette of old. Gotta get them gender quotas workin’.

There is no action in the pilot of Walker.  No martial arts.  No shoot outs.  No chases.  Instead there is sappy melodrama, teen angst, a hokey ‘will they won’t they’ deal between Walker and his partner and far, far too many characters.  At 42 minutes, the show is bent on not just introducing a character, but he/she’s significant other or next of kin, I mean even Powerpoint presentations can organize a narrative better.  You see everyone, yet learn nothing. It’s all a bit fucking Dawson’s Creek, and not enough bearded mullet kicking.  It’s a soap opera, and a shitty one.  Like one of those slushy Hallmark dramas created for women.

At one point, Walker ‘roughs up’ a mouthy assailant, with Padalecki coming across as too mellow and soft. Norris’ masculine charisma was stronger, his rule of law harsher, his demons more torturous.  Here, it’s just not what I want to see.  I don’t think I can manage another episode.