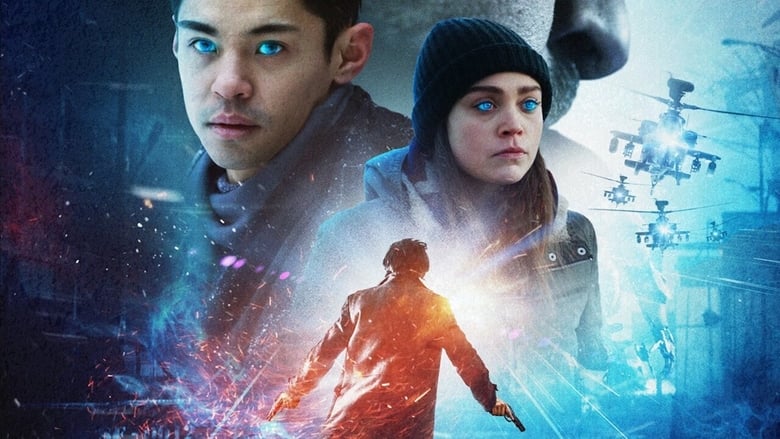 Run Time: 99 minutes
Rated: R
What to Expect: A mix of an X-Men and a Martial Arts movie.

These enhanced humans are called subjects and are grouped into five categories: Alpha, Bravo, Charlie, Delta, and Echo. The strongest among them is the Alpha or Bravo class. Their abilities include improved strength, psychokinetic skills, and glowing blue eyes when demonstrating their powers. The military has assembled a strike team to contain and arrest all subjects for the public’s safety. Electrified batons and shields are used to subdue them. Those captured are kept at a secure government facility.

Captain Williams (Adrian Holmes) oversees this unit. Sergeant George Shepherd (George Tchortov) leads the strike team. The team’s newest target is Anna (Alanna Bale), a feisty young woman who works at an auto garage as a mechanic. Anna is working to save up enough to buy a black-market passport and travel to China. She lives in a van parked at a scrapyard.

When an interaction with the hoodlums Anna is buying her passport from goes awry, Anna demonstrates her fighting skills to defend herself. She then flees the scene. George and his group are hot on her trail. They pursue her to a rural farmhouse. After arresting Anna, the team encounters a powerful subject, an Alpha, named David (Chris Mark). He uses his terrifying psychokinetic abilities to knock out George’s group, allowing Anna to escape. David wishes to free the other subjects kept prisoner. However, his intentions may be more than just altruistic.

Enhanced has a modest budget, but director James Mark makes the most of the film’s cold and desolate locations. Fight scenes with Anna, David, and the Strike Team are well-staged and edited with clarity in mind.

Lead actors George Tchortov and Alanna Bale are likable and appealing enough. Nevertheless, the winter outfits and coats they wear are dreary and colorless. They don’t do anyone any favors since the film needed some sex appeal. David’s character is far too posh and unintimidating a villain as well. With his clean-cut look and chic scarf, he comes off more pop singer than predator.

Alain Moussi, star of Kickboxer: Vengeance, shows up in a minor supporting role as part of the elite strike team.

Enhanced is an overall decent attempt at a genre action film, and the action sequences are just passable. However, watch the trailer before renting or purchasing.