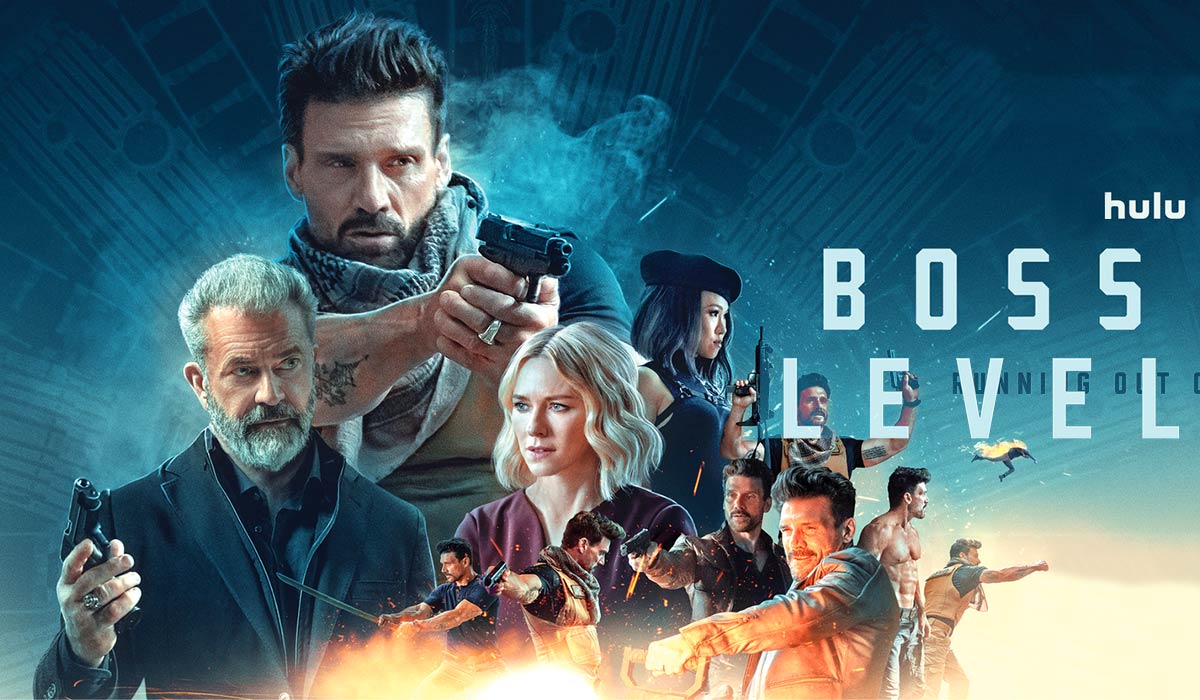 Roy Pulver (Frank Grillo) is a Delta Force Captain. His ex-girlfriend is a scientist, Dr. Jemma Wells (Naomi Watts) whom he shares a young son, Joe, with. One day, Roy wakes up and realizes he is stuck in a time loop. He ends up repeatedly being killed by an array of crazy assassins hired by the villainous Colonel Clive Ventor (Mel Gibson). These hitmen include Guan Yin (Selina Lo), a woman who decapitates her targets with a sharp blade, and a pair of German twins (Quinton ‘Rampage’ Jackson and Rashad Evans). Roy experiences hundreds of deaths or ‘attempts’ as it is described. For example, he is gunned down by a Gatling gun from a helicopter, impaled by a crossbow’s arrow, blown up by an improvised explosive device, and beheaded. Roy has to live long enough to figure out what is going on and how to protect Joe and Jemma.

Frank Grillo has starred in his share of video-on-demand disappointments. But this is not one of them, and he delivers a solid physical and emotional performance. I particularly enjoyed Roy bonding with his son over the retro CAPCOM fighting game, Street Fighter II (1993). Grillo’s presence is reminiscent of Charles Bronson in his Death Wish prime. Along with Jason Statham and Liam Neeson, Grillo is one of the few manly actors left in Hollywood.

Mel Gibson is a consummate professional and puts in the extra effort in an extended cameo. His character is a mastermind out to re-write the past with the help of the reality-changing Osiris Spindle Device.

Carnahan directs action scenes with panache and spectacle. Highlights include sword fights and Roy’s use of a Gatling gun to take out his enemies. Nevertheless, a minor criticism is the cartoonish killers sent after Roy. They are too silly to be taken seriously, even with this premise.

Overall, Boss Level is recommended for digital rental or purchase. With Nobody (2021), Wrath of Man (2021), and now this, so far, it’s been a manly year for movies.