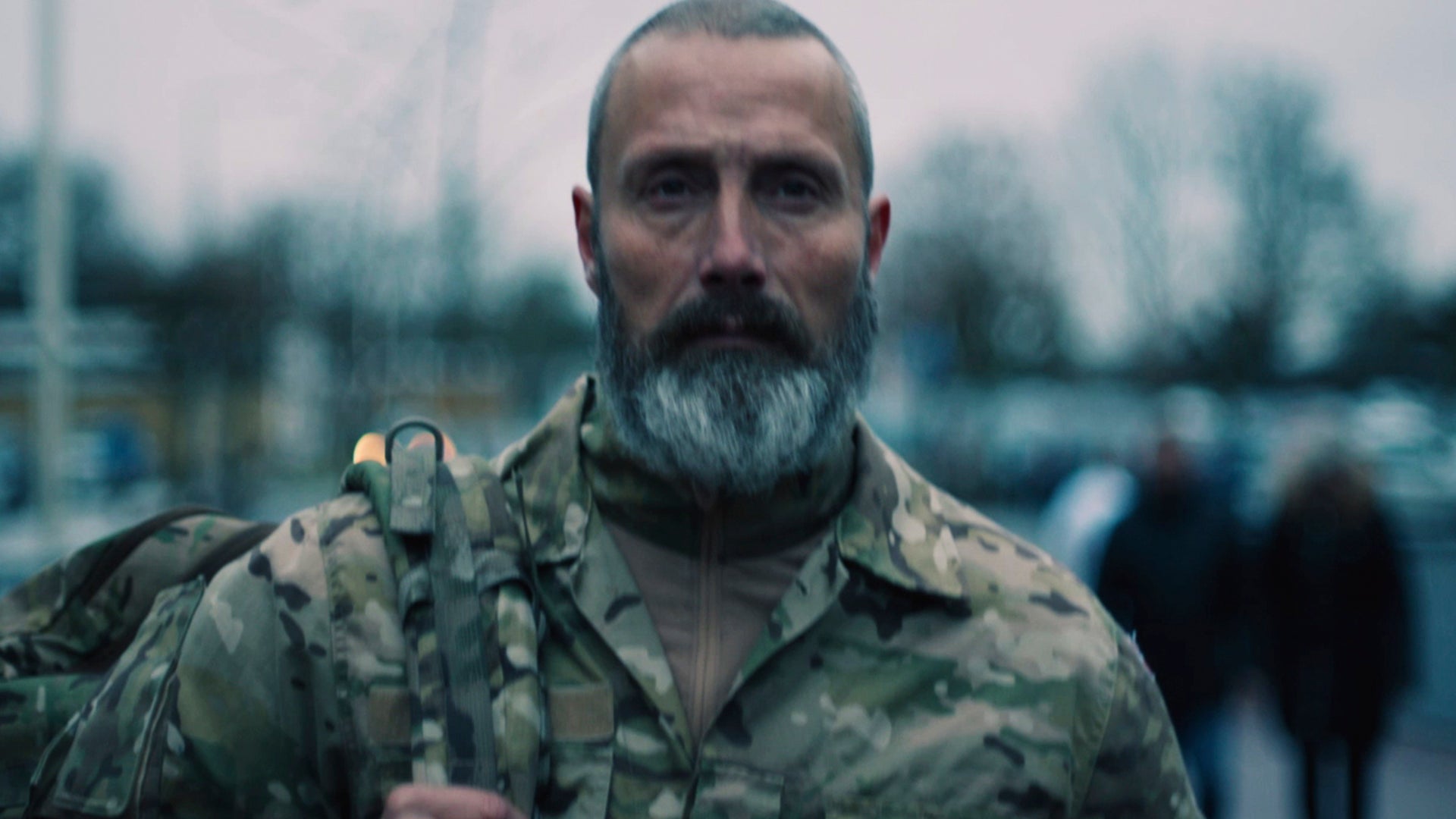 Run Time: 116 minutes
Rated: R
What to Expect: A soldier and three geeks take on a vicious street gang.

Not your typical vigilante thriller, Riders of Justice (2021) is, instead, a satisfying and violent Danish drama. Full of quirky/oddball characters, humor, and well-executed action.

A train accident/collision kills 11 people in Denmark. One of those murdered is the wife of an active-duty soldier, Markus (Mads Mikkelsen). Returning home, Markus has difficulty adjusting to civilian life and connecting with his teen daughter, Mathilde (Andrea Heick Gadeberg). Amid all the upheaval, Otto (Nikolaj Lie Kaas), a data scientist and survivor of the same train collision, visits Markus. Otto brings along his two friends, facial recognition expert Emmenthaler (Nicolas Bro) and researcher Lennart (Lars Brygmann). These men convince Markus that what happened to his wife was not merely bad luck. The train accident was deliberately engineered by the criminal gang, Riders of Justice. Their goal was to kill a witness set to testify against them. Markus’ wife was collateral damage. Armed with this new information, Markus and his allies aim to eliminate the Riders of Justice and its leader, Kurt (Roland Moller).

Riders of Justice is not an action movie, don’t let the trailer fool you. It is a drama with moments of action. The story’s primary focus is on Markus coming to terms with the loss of his wife, gaining new friends, and rebuilding his relationship with Mathilde. Substituted for the usual ‘cops ineptly looking for the vigilante’ subplot is a lot of interpersonal drama about coping with pain and discovering what truly matters in life.

Nevertheless, despite the film’s serious subject matter, there are a few clichés, including:

1. Daughter who hates her absent Dad.
2. Soldier with John Wick/Rambo levels of proficiency with firearms.

Mads Mikkelsen, as usual, gives a tough and credible performance, as does Nikolaj Lie Kaas as Otto. Both play men with deep-seated trauma and personal issues. Nicolas Bro is also great as Emmenthaler, a heavyset tech nerd whose anger issues are a constant source of comedy.

Riders of Justice is overall recommended for digital rental or purchase.

Writer/Director Anders Thomas Jensen has put together a complex drama with some brief but bloody action.