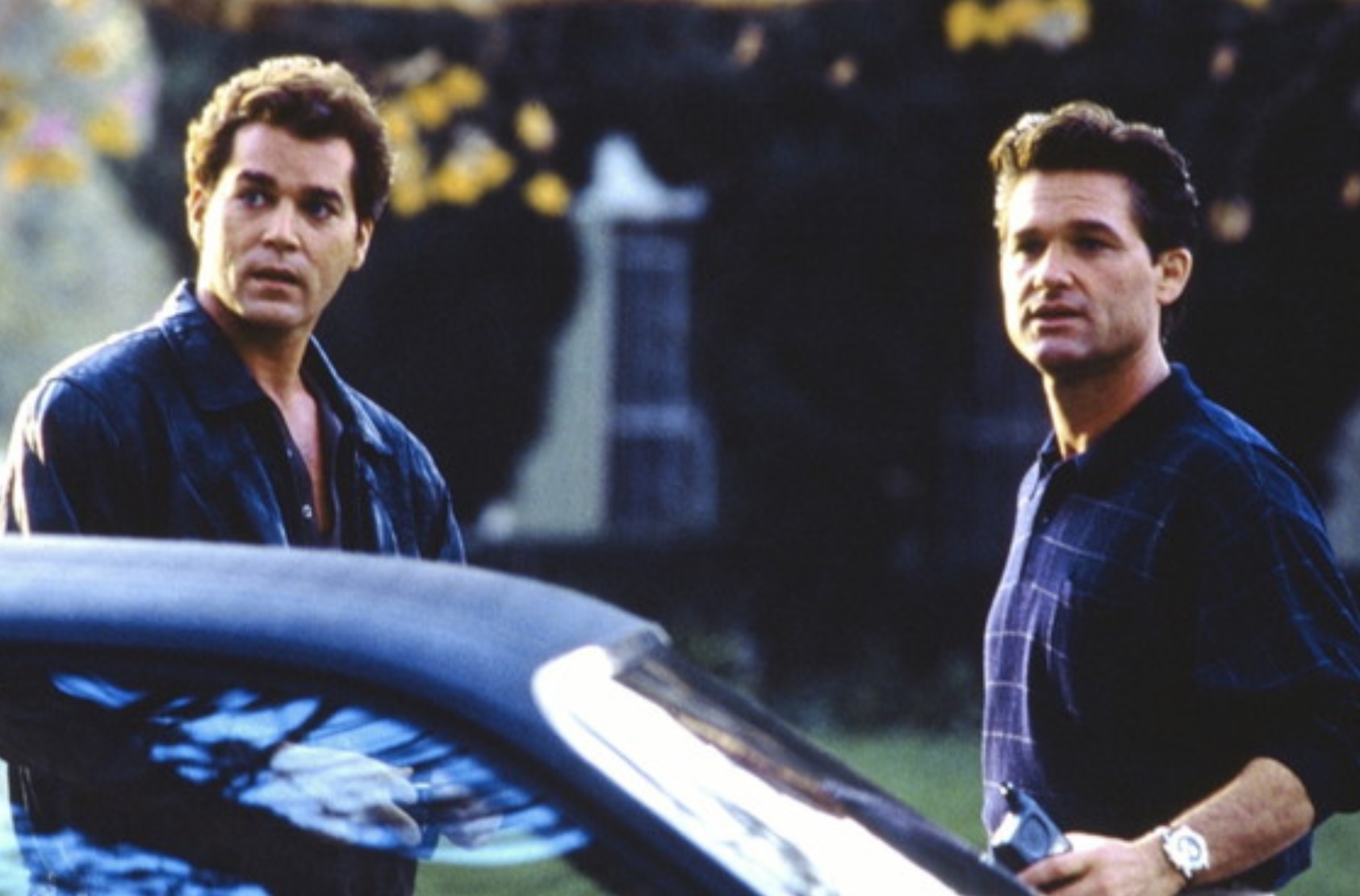 Run Time: 112 Mins
Rated: R
What To Expect: Liotta and Russell going to work to make something better than it should be

You put Ray Liotta in something and it’s automatically worth looking at.  Add Kurt Russell and a serviceable premise and you end up with Unlawful Entry (1992), a perhaps too often forgotten psychological thriller.  The IMDb rating for the film is too low and unfortunately this (6.3) will probably be the first thing people see and take a quick pass in this era of over saturation.  That would be a mistake though.

The film sees Michael Carr (Russell) and Karen Carr (Madeleine Stowe) as husband and wife in suburban Los Angeles.  They have little to bother them, unless some playful disputes over a useless pet cat count as trouble.  That changes when they face a home invasion, which they survive, followed up by an overzealous cop taking an interest in their safety, or more accurately, Karen’s ass.  That man is Officer Davis (Ray Liotta), who ultimately reveals himself to be a deranged nut, going to war with Michael.

Jonathan Kaplan directs this well aged thriller, almost 30 years old now.  Lewis Colick’s script isn’t quite up there with Alfred Hitchcock’s work; for example there are absurdities to be found in here (unless I missed something, the villain sometimes pulls off the trope of telepathy or some other God-like insight).  However the casting of Liotta and Russell makes this film a winner.  They have great screen chemistry, with Liotta in particular giving an acting masterclass.

Liotta’s nutjob is played straight, convincingly, where other actors may have been tempted to troll or run away with the material.  Liotta nails subtlety, next to Russell’s increasingly stressed paranoia.  Small things are to be found, such as a brief glance of disgust Liotta shoots at Russell upon their first encounter.  In fact, Liotta’s Officer Davis is one of the 1990s’ best villains, with the actor deploying a versatile range of skills to fool and swerve the audience.  You simply can’t root for the man and Lord knows, that’s a thing we like to indulge in with villains here.

A strong entry from 1992.  Oh, and you’ll recognize Jim Horner’s trademark music before the credits even hit.