Check out the poster for Cobra Kai: Season 4.  Sensei Silver hasn’t aged one bit.  To the left, manly men, to the right, girlie men and sleazy car salesmen. 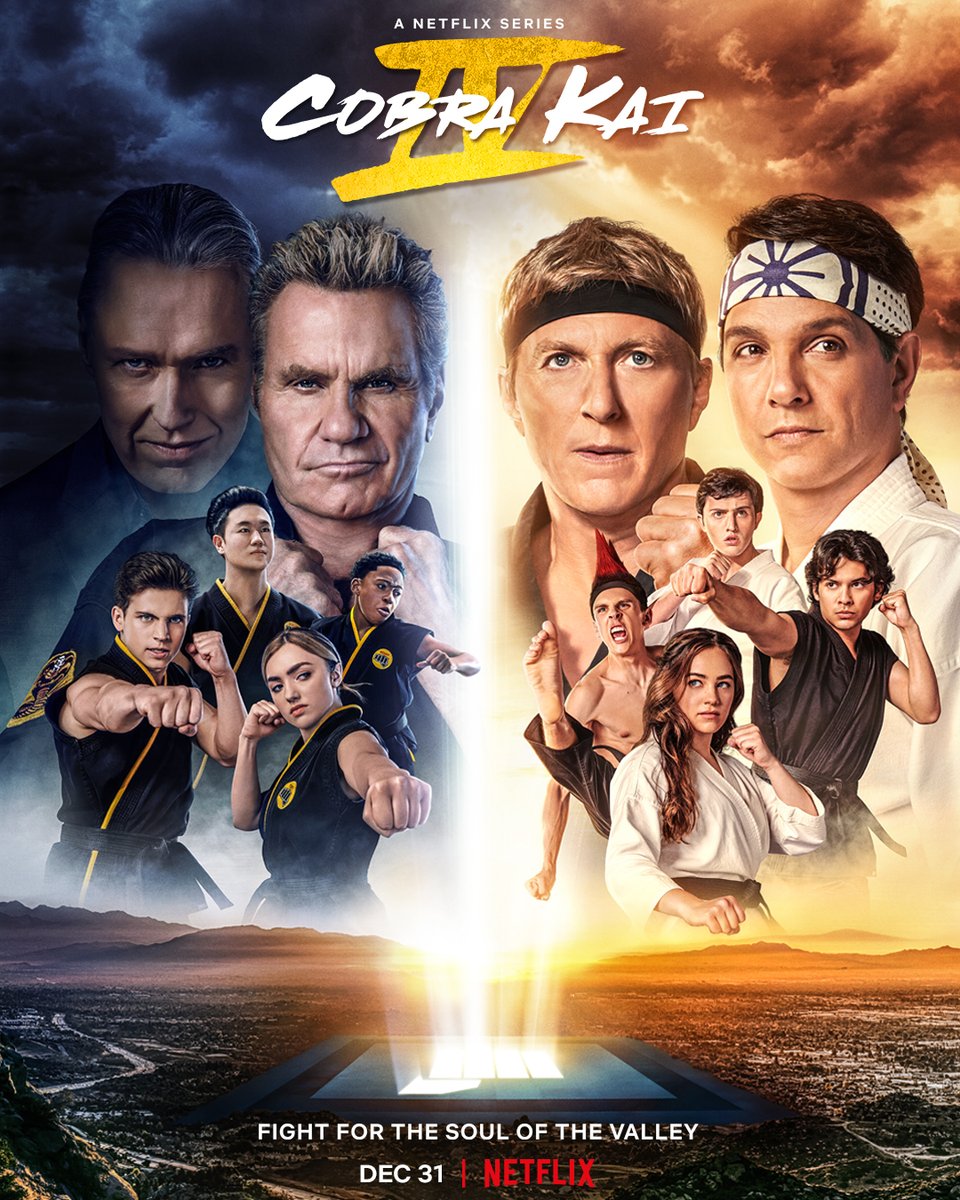 “One thing you don’t have to worry about is montages,” Schlossberg wrote on Twitter during an impromptu Q&A with fans. He also told another follower, “Yes, this season has longer episodes.”