ASIA AGREES: VIOLENCE IS THE ANSWER

Some notes on Will Smith slapping Chris Rock.

By the way, I still like Chris Rock more than Will Smith, but whatever — let’s take a look at the difference in reactions between normal people outside the New Iron Curtain and the sickly part of the world (that would be us, behind the New Iron Curtain).

First, from the western side, scowling feminists have lit their pitchforks again and are coming after not Chris Rock for insulting a woman, but Will Smith for defending a woman.  As News.com.au asserts: Actor Will Smith slapping Chris Rock under the guise of “protecting” his wife is completely toxic”.  The author says, “newsflash, women don’t need men to protect them”.  Is this why combat soldiers and firefighters are overwhelmingly male?  What does ‘The Science’ say about that one?  The author also says that women don’t want men who violently stand up for them.

Bullshit, women love it!  Didn’t anyone see Dan Aykroyd’s girlfriend lust after him when she found out he would physically accost other men who crossed him in the movie Trading Places?  “Ohh, you’re so hot tempered, Winthorpe!” *Looks on lustfully*.

Also, look at the woman behind Smith as he’s issuing further threats, she’s about to jump on him: 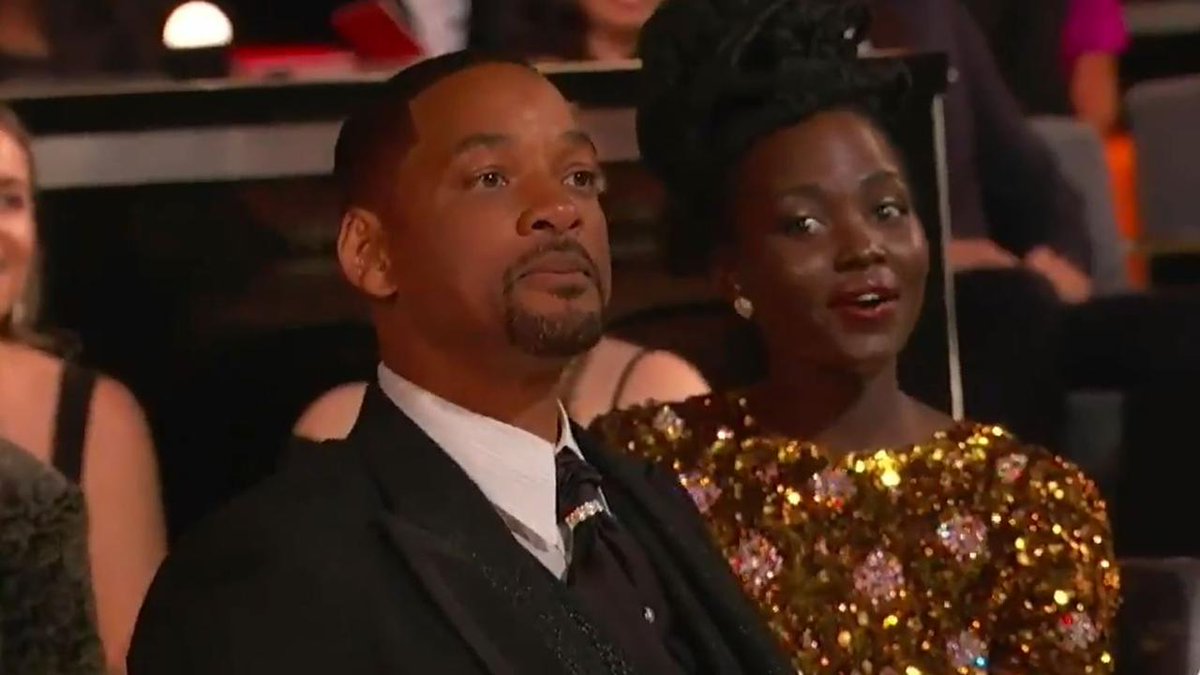 Anyway, out there in the normal world, where men still act like men and women like women, people are taking a different view.  The Japanese think Smith was justified in striking first:

Top rated comment with over 110,000 likes: Sometimes there are things that are more unforgivable than violence. I think his wife is genuinely hurt and Will Smith was there seeing his wife get hurt by words. If it was me in his wife’s position, I’d be scared, but cry from gladness at the same time for Will standing up for me. If Will was doing nothing with Chris Rock and pretending nothing happened, I’d cry from disappointment. He apologised to Chris Rock after all and Will Smith was remarkably manly.

Second top rated comment with almost 30,000 likes: It’s understandable why Will Smith took such an action for his wife who is struggling with a medical condition that causes her hair to fall out. His reaction was rightful.

Anon 1: No matter what you want to say, Chris Rock deserved to be slapped.

Anon 2: I think Koreans are in favour of Smith because family is involved. Foreigners however seem to think that violence is never acceptable.

So, sometimes violence is the answer.