CAGE: FACE/OFF 2 MUST BE SEQUEL, NO REMAKE - ManlyMovie

CAGE: FACE/OFF 2 MUST BE SEQUEL, NO REMAKE 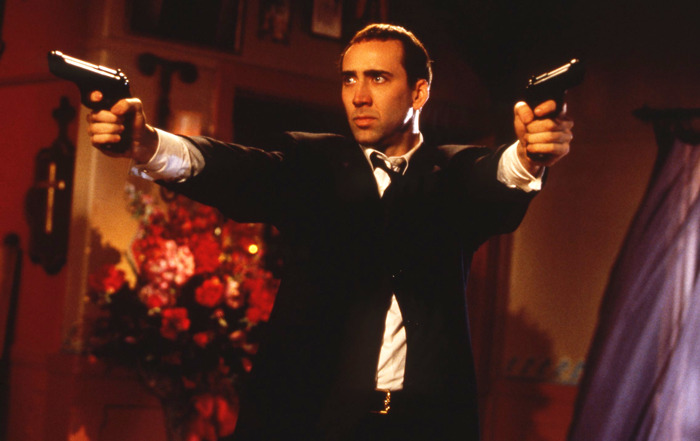 I hope The Unbearable Weight of Massive Talent is a big success for Nicholas Cage, who is currently up promoting it.  Along with Pig maybe it’ll increase leverage and we could get some of that old 1990’s style action back.

Out promoting the former, Cage was asked about a potential Face/Off 2.

“I have not heard hide nor hair about it [Face/Off 2]. So often these things we read about are just conjecture without any base or foundation to it. I feel the same about National Treasure 3. It’s been 14 years. There’s no there, there.

So, is it fun to think about? Sure. Would [Face/Off 2] be an exciting movie to make? Oh, hell yeah. But John Woo was such a huge voice in that movie. It couldn’t be a remake. I think these filmmakers even said as much – that something like that would have to be a sequel.”

So, probably not happening.  But if it did, Cage wants it to be a sequel.  No John Woo, no deal though.  I think we can all agree on that.