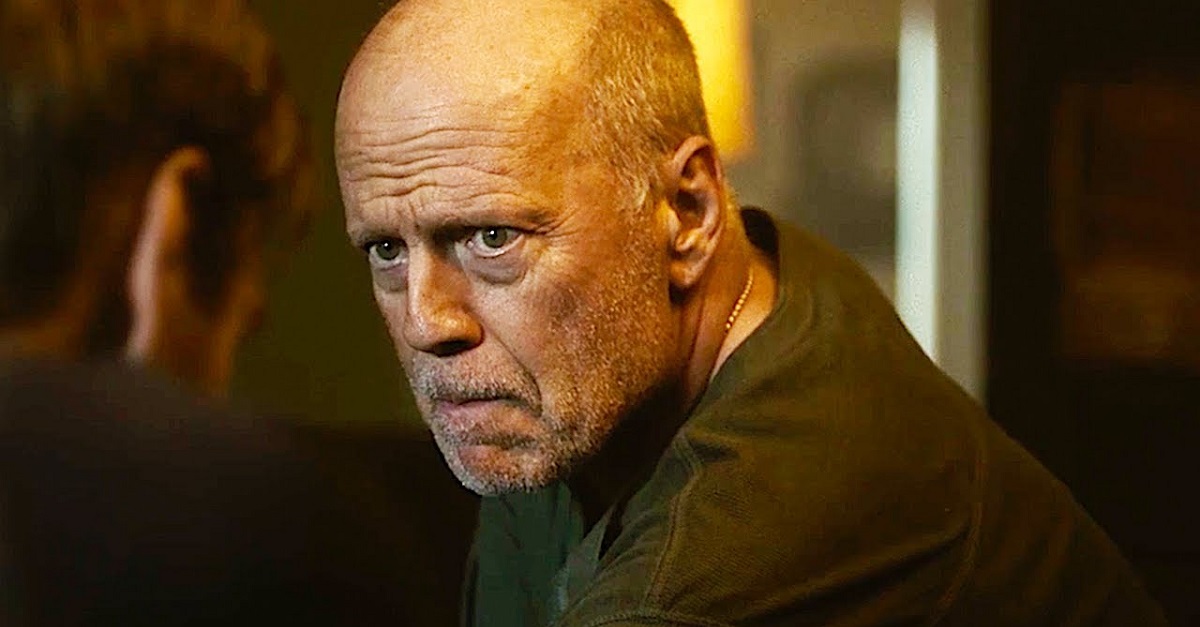 The recent years of Bruce Willis’ career choices have been lamented thoroughly both here and elsewhere.  Lots of VOD trash, lots.  Now though it appears we’re getting a sad explanation for what’s going on here.  News.com.au is claiming that Willis has dementia.

Matt Eskandari, who directed several recent Willis films including Hard Kill, Survive the Night and Trauma Center, chimed into the comments section of the video to address the memory loss rumours.

“I read somewhere that Bruce Willis has dementia, that’s he’s not really aware of what’s going on around him,” one user wrote.

Eskandari replied, “Yes this is true my guy I directed four movies with him so I know first hand. It’s (a) sad situation seeing a legend like Bruce deteriorating right in front of your eyes. I saw it while working with him (the) last few years.”

Replying to another user who said Willis had “fallen from grace” after working with directors like Quentin Tarantino, Brian De Palma and Wes Anderson, Eskandari wrote bluntly, “He has dementia.”

Apparently, Willis is fed his lines through an earpiece not because he is lazy, but because he cannot remember them. The context (acting) is also supposedly becoming difficult for him, leaving him disorientated. It’s very sad.