WILL SMITH IS A MANLY MAN - ManlyMovie

Home / Editorial / WILL SMITH IS A MANLY MAN

WILL SMITH IS A MANLY MAN 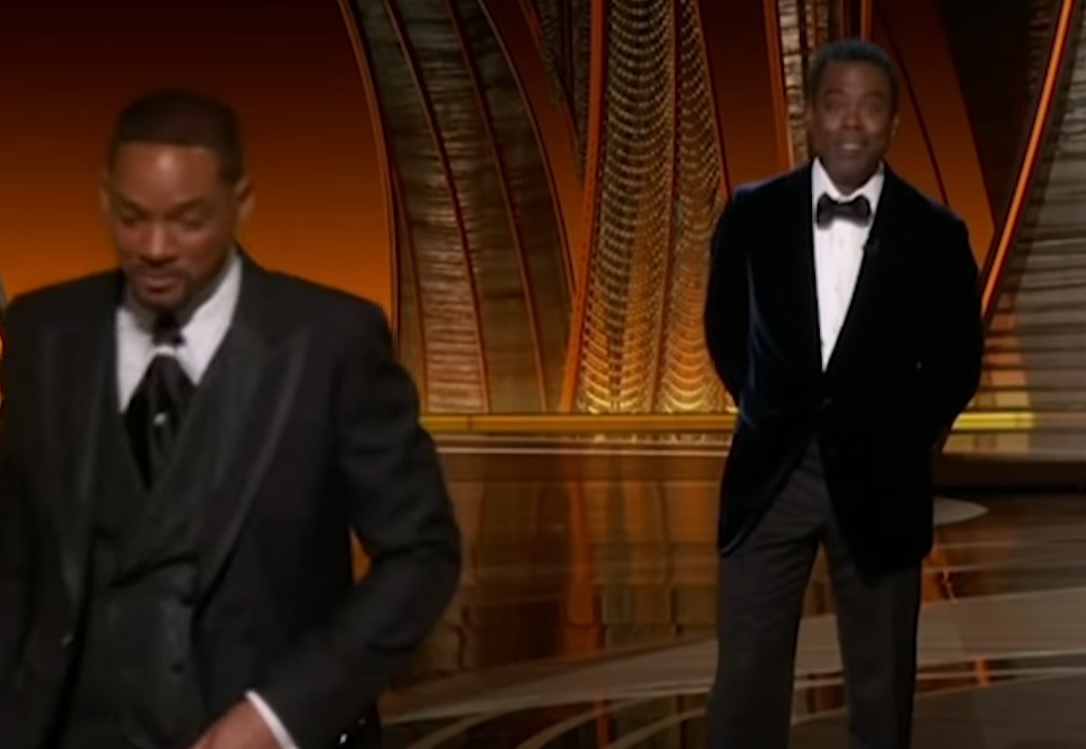 The internet is shitting on Will Smith today.  I can’t think why.

Last night, he slapped Chris Rock in front of tens of thousands of viewers (yes, that’s a slap at the ‘Oscars’).  Like everyone else, I did not watch it.  But I heard Smith going on a foul-mouthed tirade on the radio this morning, so I had to watch clip in question on YouTube.

My immediate reaction was ‘good job’, but after reading the comments on major news articles and on social media, all I see is a bunch of whining girlie-men talking about ‘lost respect’ for Will Smith.  I wish to posit that the opposite is true for me, Will Smith has earned respect.

I don’t know much about Smith or his wife, Jada Pinkett Smith.  They’re probably a pair of woke dweebs or something, however last night Smith displayed at least some backbone in a fashion that demands respect.

Smith’s wife suffers from alopecia, where the hair falls out – a condition that hits women harder than men, for reasons that should be obvious.  Chris Rock, who is usually a funny man, took a shot at Smith’s wife while hosting the ‘Oscars’.  On the one hand, Rock is a good comedian and a part of a good comedian’s arsenal should be acerbic and often offensive wit.

On the other hand…

Rock crossed a line, and while some say Smith was a snowflake, I say Smith was handling some business.  If you insult a man’s wife, you’re flying close to the sun.  If you insult a man’s sick wife in front of millions, he’ll never live it down if he doesn’t slap you.  Punch him even.  The slap was business-like, with Smith walking calmly to deliver the receipt, then walking away in the same fashion.

Smith then went on a tirade, presumably to warn Rock off a final punchline/recovery.  Rock clearly understood the message.  The internet is crying about Will Smith’s behavior, presumably these criticisms are coming from nu-males who would not protect their women.

So, while girlie-men shit on Smith, were Smith an associate of mine or something and this was at a bar or at school, to me the appropriate response would be something more along the lines of ‘git that motherfockuh‘.  You know how it goes, when real men encourage colleagues to pay out receipts.

Elsewhere, manlet dickhead Sean Penn threatened to ‘smelt his Oscar’.  Sean Penn:  I’ll smelt my Oscars if Academy doesn’t let Zelensky speak.  What planet is this man on?  These awards are to compliment American actors for stirring performances… precisely what has Volodymyr Zelensky got to do with anything in this arena?  Even if he was the American president, he still has no remit to appear.

The causes of the war in Ukraine are deeply in dispute, there have been multiple sobering documentaries from French and German filmmakers for example recording atrocities carried out against ethnic Russians long before Russia invaded.  That’s one side, the other side is that Russia shouldn’t have invaded.  The side that is for sure is that the discussion has no place at movie awards.

Related ItemsAll
← Previous Story When George C. Scott Shit On The Oscars
Next Story → ASIA AGREES: VIOLENCE IS THE ANSWER