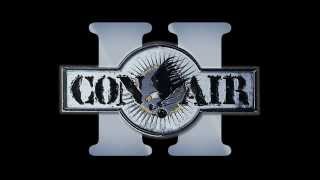 At least once Nicolas Cage has signaled interest in making a Con Air sequel.  But what about director Simon West?  Well it transpires that he, too, is interested in such a venture as he revealed during an interview with Screendaily.

“I would do it if it was completely turned on its head,” West said then. “Con Air in space for example, a studio version where they’re all robots or the convicts are reanimated as super-convicts, or where the good guys are bad guys and the bad guys are good guys. Something shocking. If it was clever writing it could work.”

“After I said it, I was probably sent 10 scripts all set either on a plane or with a gang of criminals,” West says now.  “The last thing I wanted to do at that time was revisit it.” However, over the years, his view on making a sequel has shifted, with West now envisioning the potential for a plot based around commercial space travel.

“What’s really interesting that has happened since I made that remark, is the emergence of this whole private space travel industry,” says West. “We’ve got people like Elon Musk, Jeff Bezos, and Richard Branson setting up these companies to privatize space. That makes it [the idea of a sequel] more intriguing because it wouldn’t just be your standard space movie. It could be all to do with very up to the minute politics, and how big business is taking over from what governments used to do.”