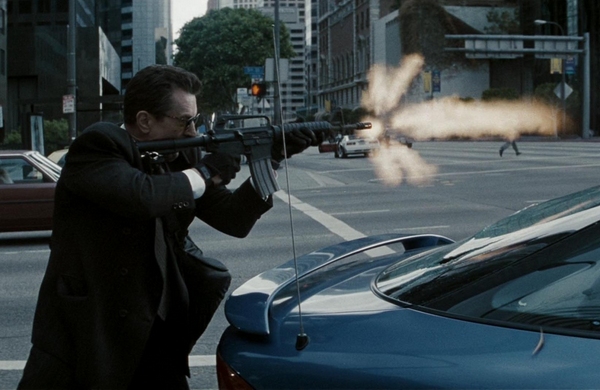 The movie Heat is getting a sequel novel this year (called Heat 2).  The novel will not only act as a sequel to the 1995 movie but also fill in prequel elements.  Now in a new interview with Empire Magazine, director Michael Mann says the whole thing is planned as a movie:

“It’s totally planned to be a movie,” Mann says in a major new interview in the upcoming Avatar: The Way Of Water issue. He’s aware that a cinematic version would be one hell of an undertaking – and though he ventured into serialised territory with this year’s Tokyo Vice series, he doesn’t see Heat 2 as a small-screen proposition. “Is it a modest movie? No. Is it a very expensive series? No,” he says. “It’s going to be one large movie.”

Mann says that none of the original cast will return, although the novel itself focuses mostly on the character played by Val Kilmer.  Does Mann still have it and is this a good idea?