CAMERON: 3D NOT OVER – ManlyMovie

CAMERON: 3D NOT OVER 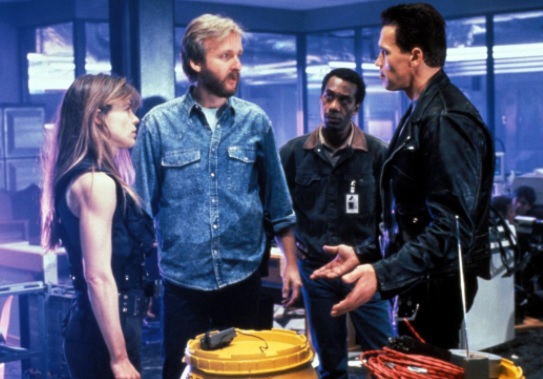 Who remembers the 3D craze from a few years back?  Are we already talking about it like that now?  A past niche?  For a while it was kinda cool, then supplanted by the 4K era.  3D came and blew our socks off, but only on occasion, there was no universal baseline in quality or even delivery methods (the crucial blow there?), with active and passive 3D offering differing qualities, with unwieldy glasses.

Then there were the post-conversion jobs.  Anyone seen Predator in 3D?  I reviewed it nine years ago and gave the 3D version a 5/10.

Anyway, Jim Cameron, he says that 3D is not done.

3D appears to most people to sort of be ‘over.’ But it’s really not over. It’s just been accepted. It’s just now a part of your choices when you go to the theater to see a big blockbuster movie … I liken it to color. When color films first came out, it was a big deal. People would go to see movies because they were in color. I think around the time of ‘Avatar,’ people used to go to see movies because they were in 3D … I think it had an impact on how films were presented that’s now just sort of accepted and part of the zeitgeist and how it’s done.”

I have to agree though.  Glasses-free 3D at 8K and beyond is the future, it’s only a matter of time.  The only question is how it and VR will compete with each other.  Insofar as movies rely on storytelling which is linear, it’s hard to see how that can be applied to VR, which will essentially be where video games end up, with glasses-free 3D being the home of TV/movies.