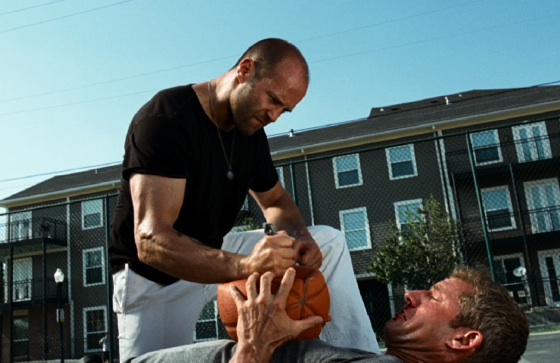 West has this week spoken more of the movie.

“It was a formidable thing, there are pages and pages of dialogue – it’s a drama really. It’s not an action film really, it’s a character piece. Jason is the lead in every scene and he has huge dialogue scenes. I knew he was passionate about it, but was like “Are you happy with all this dialogue stuff” and he said “Yes, yes. I love it. I want to do it”.

So I turned up on the first day not knowing what it was going to turn out like. Especially after The Mechanic where he only has five lines in the whole film! That character has no dialogue. But we turned up on the first day and he knew every word by heart and was amazing. So, Wild Card, I think will surprise a lot of people – it’s a very strong dramatic piece by him.”

Statham will star alongside Milo Ventimiglia and Anne Heche as a recovering gambling addict who takes a job offering protection to his friends.  It was written by William Goldman, who wrote the screenplay for the original 1986 movie.  Aside from that though, the movie was screened earlier this year and according to (only  one) report, it wasn’t a very good movie.