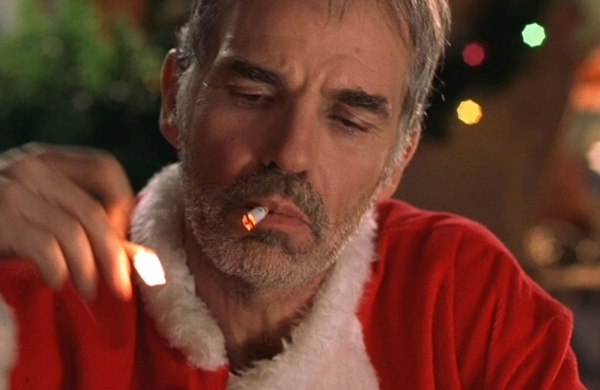 A sequel to 2003 manly movie “Bad Santa” is happening.  Probably.

Here is what Billy Bob Thornton told THR (via Slashfilm):

“We’re just waiting for a script, ya know? We’re never gonna beat the first one but you got to get as close as you can. You just can’t go and do it haflway so we’re waiting for something that’s close enough. It’ll do real well I imagine and people will say, ‘Well, it wasn’t as good as the first one’ and we’ll say ‘Yeah, we knew it wouldn’t be’ but I think it should be fun and I think people who liked [the first one] will enjoy it and hopefully we’ll get it off.”

A few years back Steve Pink was going to direct this, but then that job fell to Doug Ellin.  Actually quite a few years, so Ban Santa 2 is happening… eventually.  They need to get the fat kid and the Dwarf back.  Is Dwarf the political correct term for midgets?  Wait, we don’t give a fuck about politically correctness around here.