Here is a new clip from upcoming submarine thriller ‘Black Sea’. If you ask me we don’t get enough submarine movies these days, so it’s good to see this and good to see it’s one of the bigger movies too.

Anyway Jude Law stars as a rogue captain who puts together a misfit crew to recover lost Nazi gold from a sunken U-boat, but the claustrophobia becomes even tighter as the crewmates turn on each other in the hope of gaining a greater share of the treasure.  This sounds like the makings of a great movie.  For sure, the Nazis scuttled a lot of wealth like this after they lost the war.  Below is the official synopsis and a debut clip.

A suspenseful adventure thriller directed by Academy Award winner Kevin Macdonald, centering on a rogue submarine captain (two-time Academy Award nominee Jude Law) who pulls together a misfit crew to go after a sunken treasure rumored to be lost in the depths of the Black Sea. As greed and desperation take control onboard their claustrophobic vessel, the increasing uncertainty of the mission causes the men to turn on each other to fight for their own survival. 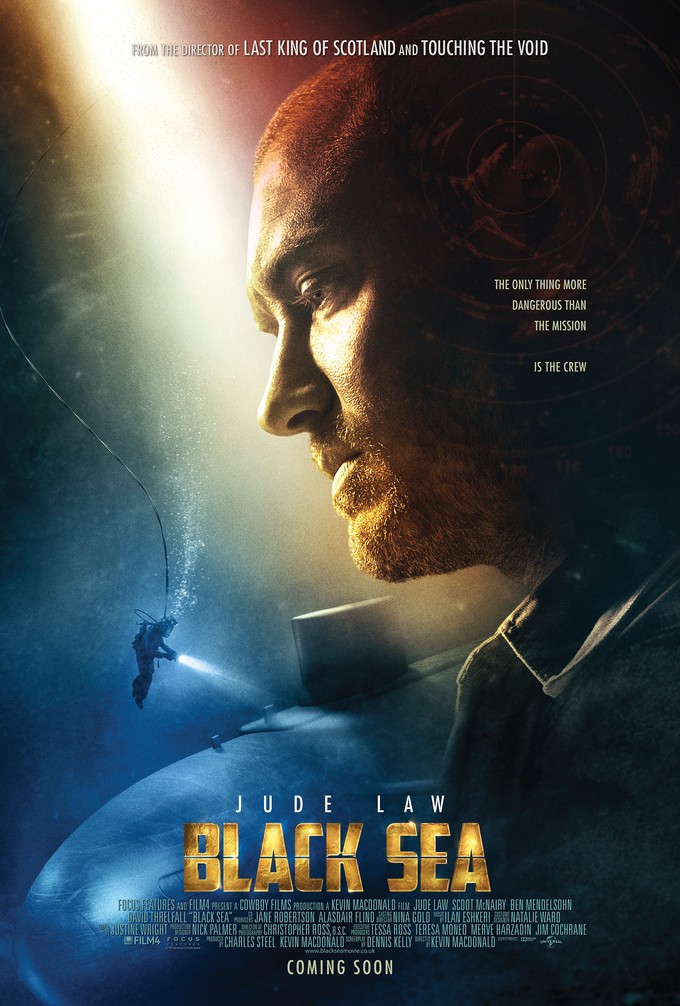