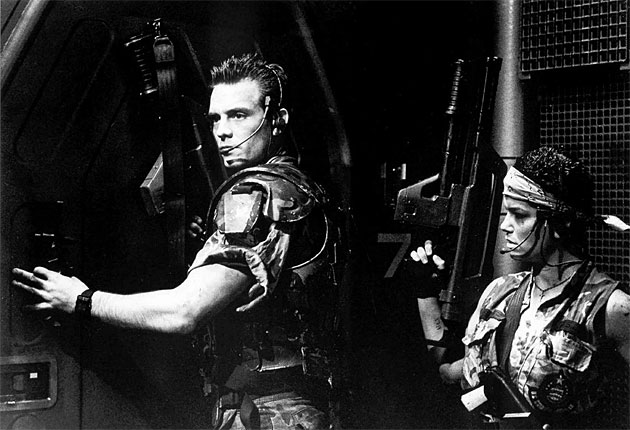 It’s been a while since Neil Blompkamp announced that he was making a new Alien movie.  He first announced that he intended to make one, but Fox were unsure.  So he said screw it, and released his concept art, which garnered such a positive response that it became greenlit.  Shortly after it was announced that Michael Biehn had signed a ‘contract’ to appear in the movie.

At the Sheffield Film and Comic Con, Bien assuaged fears that he may not be involved and said that he definitely is and that he’s also ‘optimistic’ about the movie.  Says AVPGalaxy:  ‘Biehn confirmed that Neill Blomkamp had talked to him about Alien 5 but he hasn’t read a script or has been offered a role. He also confirmed that Neill Blomkamp’s Alien 5 will in fact be ignoring Alien 3 andAlien Resurrection as if they never happened.’

Ridley Scott is also making another movie for this series, a sequel to Prometheus and, presumably, another prequel to Alien.  Apparently both Alien3 V2.0 and Prometheus 2 will both go ahead as well.  Good time to follow these movies I suppose, especially after it was revealed that Shane Black is working on a Predator sequel.