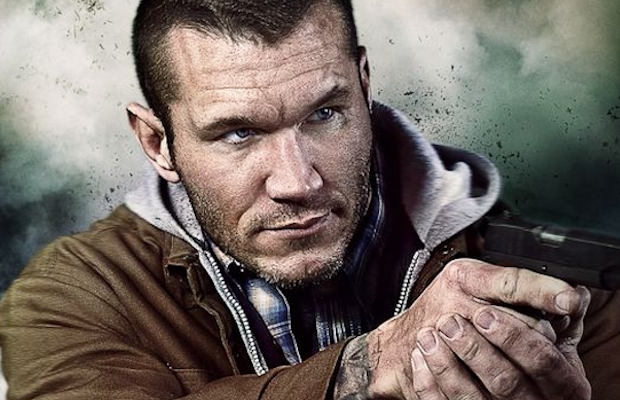 Those with an interest in the upcoming sequel to Hard Target, a John Woo produced B-movie starring Scott Adkins, might want to pay attention to this movie.  It’s like a de-facto dry run for the former, a movie directed by Roel Reine, who will direct Hard Target 2, about a man on the run from some men hunting him as prey.  Bad news I’m afraid.  This movie sucked and the only redeeming thing that helped me make it through those 90 minutes was the shocking ineptitude about every detail.  So bad it’s good, almost.  And don’t give me this crap about how we need to rate VOD movies differently than theatrical movies.  If a movie sucks, let’s say so.

A sequel to the first movie starring Steve Austin and Vinnie Jones, The Condemned 2 sees Randy Orton, former bounty hunter, hunted by the hands of his own crew.  The suspense and ‘intrigue’ challenges the viewer to figure out why, or who.  And it turns out that this movie is attempting to be like The Running Man, that Arnold Scharzenegger classic.  It has people observing the hunt and making bets as it progresses, real time.  Along the way Orton asks why, who, and fights for his life as Z-list actors just pop up out of nowhere and shoot wildly off the mark.  Funnily, Orton is pursued by a drone (to transmit the carnage to viewers), which he never seems to notice, even when it comes danger close.  A thinking man would shoot the thing down, but our hero is too dumb to even see it.

A further note on humour.  Scenes of intended tension and peril only serve to elicit loud, involuntary laughter.  Take the moment the worst sniper in movie history shows up, which this film now holds the title for.  The guy with the rifle simply materializes out of nowhere, then puts himself in the single worst position imaginable for a sniper – atop a ridge line making a glaring, striking, yelling silhouette.  The sniper then takes nineteen (!) shot at Orton – I counted – each one nowhere near its mark, from a distance that any marksman worth his salt would probably nail with a rickety old AKM.  During all of this stuff, basically one action story board sewn to the next with no story, Orton is unspeakably wooden.  The man is a terrible actor with the screen presence of a breeze block, if he attempted a facial expression he’d probably need emergency surgery.

I also have a question for the props department.  Why does several grams of sand/dust fall out with side arm clips when an actor reloads?  Oh and for anyone wondering about Eric Roberts… cameo, lines on a postage stamp.  He also does not spot a humming, glaring drone on his ass.  Weird.  Go ahead and think, what could you do with 90 minutes this weekend.  You’ve already got your answer – anything but watching this, you’ll be wasting your time.