Ready For Invasion USA On Blu-Ray?

In Invasion U.S.A., a one-man army (Norris) defends the United States from a pissant commie invasion force, by using force of his own, including running down commies in his pick up at the local shopping mall.  Now come the fuck on, what else do you need to know?

The release date?  That’s March 15, 2016.  The artwork is below.  There are no details on potential extras at this point, but keep an eye out. 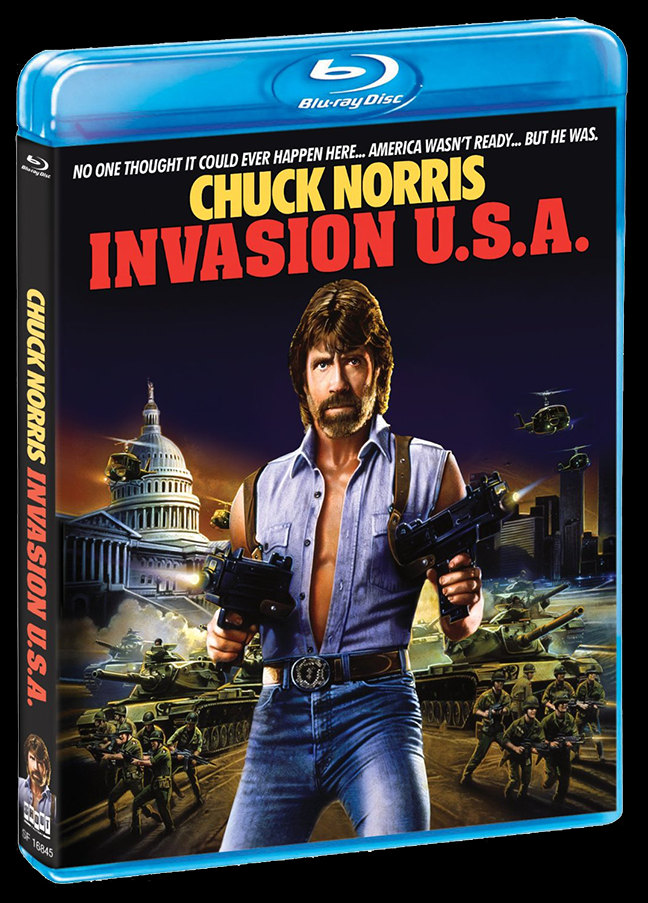