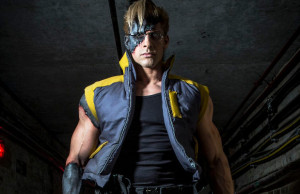 Did you know that there is another Street Fighter series coming?  Street Fighter: Resurrection, a new live-action miniseries, will begin next March, Machinima has announced in a press release.  There’s now a teaser trailer online too, which can be seen below.

The gaming-heavy production studio is collaborating with franchise developer Capcom on the five-episode series, which will air exclusively on social platform go90 – the first Machinima series to do so.

This will apparently appear before Street Fighter: World Warrior (read our exclusive interview with director Joey Ansah here) which is also on the cards.