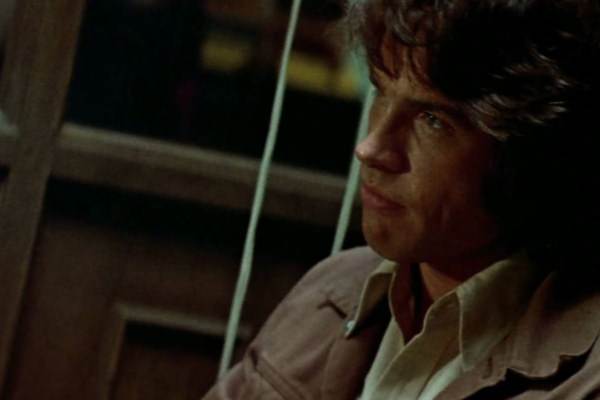 ‘I’ve been called too independent for my own good’

Warren Beatty gets himself enmeshed in corporate conspiracies and political assassinations in this crafty thriller from director Alan J. Pakula (All the President’s Men, Klute, The Pelican Brief).

The story starts at a Fourth of July parade outside the Seattle Space Needle.  The parade is attended by Senator Carroll and his wife.  Carroll is an Independent Senator, unaffiliated with any mainstream party.  He is taking part in the celebrations on top of the needle.  The festive mood soon turns dire when the Senator is callously murdered by an assassin disguised as a server.  The film then cuts to a political committee looking into the Senator’s death.  The committee strenuously deny any conspiracy behind Carroll’s death and reiterate that it was committed by a lone individual.

Three years later, political reporter, Joe Frady (Warren Beatty) gets a visit from a friend, a female journalist and witness to the Carroll murder.  She tells him since the assassination, six spectators from the event have died in peculiar accidents.  Sobbing and in great anguish, she believes she will be killed next because there is a larger conspiracy implicated.  She pleads with Frady to look into these accidents, particularly a drowning that occurred as a result of a dam flooding in a small town called Salmontail.  Frady is initially skeptical of her theories.

After her visit, she’s found dead.  Shaken by her death, Frady is compelled to visit Salmontail, where he finds a cover up that leads to the ‘human engineering’ department of the sinister Parallax Corporation.

Gordon Willis, cinematographer behind the Godfather Trilogy, lights the film like an old-fashioned horror picture.  Actors are draped in murky shadows, even in daylight.  The Parallax View comes off moody, atmospheric and somewhat unsettling at times.

Unfortunately, Warren Beatty’s acting is disappointingly bland.  His nonchalant and indifferent performance when he should be passionate and angry is a perplexing decision.  One imagines a more impactful film with an intense actor like Clint Eastwood or Steve McQueen.  The movie also stretches believability when Frady miraculously survives deadly encounters without real explanation.  In addition, the film’s twist is easily telegraphed and predictably cynical.

Nonetheless, if you’re interested in political thrillers, The Parallax View is essential viewing.  Moreover, the film raises deeper questions about the sociopathic nature of mega corporations and the extent of their corrosive influence over elected officials and government agencies.