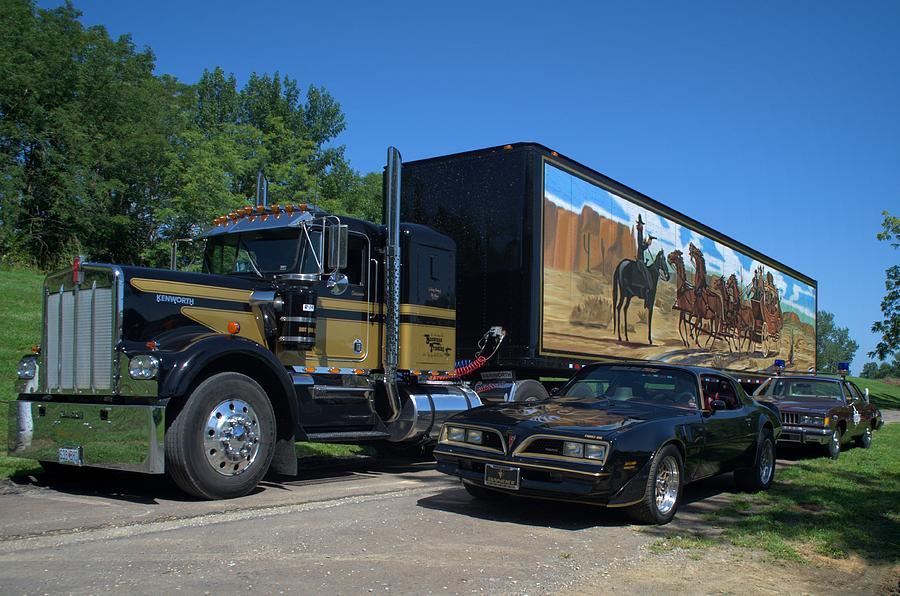 Coming this Christmas season, we’ll be treated to a fully restored box set release of Smokey & The Bandit collection on Blu-Ray courtesy of Fabulous Films.  To celebrate the release on November 21st, we are giving away 1X of this set for one lucky reader in the United Kingdom.  Simply email jordan@manlymovie.net and request it, making sure to include your name and postal address.

Check out the press release and artwork below and keep an eye out for an upcoming review.

The first film was the directorial debut for stuntman Hal Needham…who still did all the stunts too. It was a guilty pleasure of Alfred Hitchcock according to his daughter Patricia. The original plot revolved around The Bandit (Reynolds) who is hired to illegally deliver 400 cases of Coors beer from Texas to Atlanta in 28 hours…without getting stopped by The Smokies (coppers).

Needham originally planned the film as a low budget B movie with a production cost of $1 million – until his friend Burt Reynolds read the script. At that time, he was the #1 box office star in the world, so Universal Studios bankrolled Smokey and the Bandit for $4.3 million. It went on to make over $300m – the second highest-grossing film of 1977, second only to Star Wars.

Reynolds and Sally Field began dating during filming and would star in 4 films together as boyfriend/girlfriend. Field was nominated for a Golden Globe for her role. In Smokey and the Bandit Ride Again Sally Field’s character Carrie/Frog announces the end of her relationship with the Bandit. Field wrote her own script as she was about to split up with Reynolds in real life and Burt wanted to know how she really felt about him.

In 1977, Coors was banned east of the Mississippi. It was very sought after for its lack of preservatives. President Gerald Ford hid it in his luggage after a trip to Colorado in order to take it back to Washington – and President Dwight D. Eisenhower had a steady supply airlifted to Washington by the Air Force. The lack of additives and preservatives meant that Coors had the potential for spoiling in a week if it was not kept cold throughout its transportation. This explains the 28 hour deadline.

All the films were produced by Mort Engleberg. In 1991 Engleberg became Bill Clinton’s ‘Advance Man’ – a shadowy job during the Presidential Elections. He worked days ahead of Bill’s schedule to create screaming crowds, memorable settings and often symbolic scenes along the campaign trail, ideally without it looking like a set up. (He also helped Clinton get a truck load of beer from Arkansas to Washington DC in under 28 hours.)

Sales of the Pontiac Trans Am increased by 500% after Smokey and the Bandit was released. Pontiac was so grateful to Reynolds that it promised him a new Trans Am every year in perpetuity. The promise only lasted five years.

Smokey and the Bandit: The Bandit (Burt Reynolds) is hired to illegally deliver 400 cases of Coors beer from Texas to Atlanta in 28 hours…without getting stopped

Smokey and the Bandit Ride Again: Burt Reynolds, Sally Field and Jackie Gleason team up again as a raucous political race results in the comeback of the wild ways of the Bandit (Reynolds). Once again, he’s pursued by arch-enemy Sheriff Buford T. Justice (Gleason), who is still madly obsessed with apprehending him. But this time the loot is even bigger – a pregnant elephant.

Smokey and the Bandit III: Jackie Gleason, Paul Williams, Jerry Reed and Pat McCormick reprise their original roles, with a special appearance by Burt Reynolds as The Real Bandit. Sherriff Buford T. Justice is ready to retire when the notorious Enises (Paul Williams and Pat McCormick) challenge both him and The Snowman (Jerry Reed) to make a special delivery from Miami to Texas in 24 hours. Over and Out! 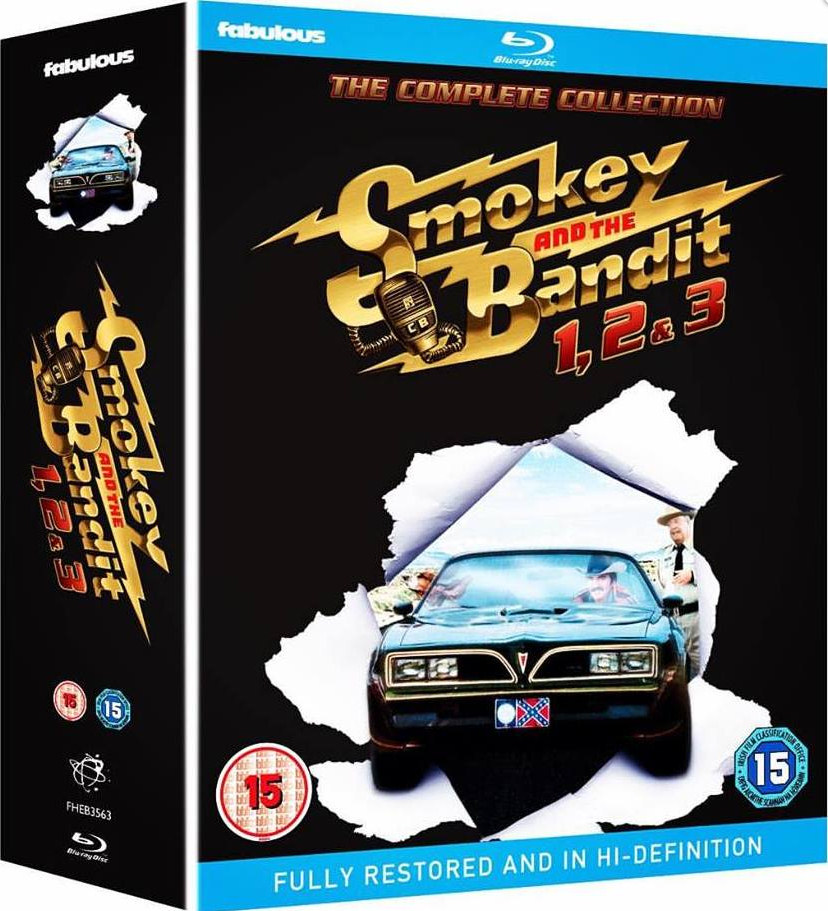