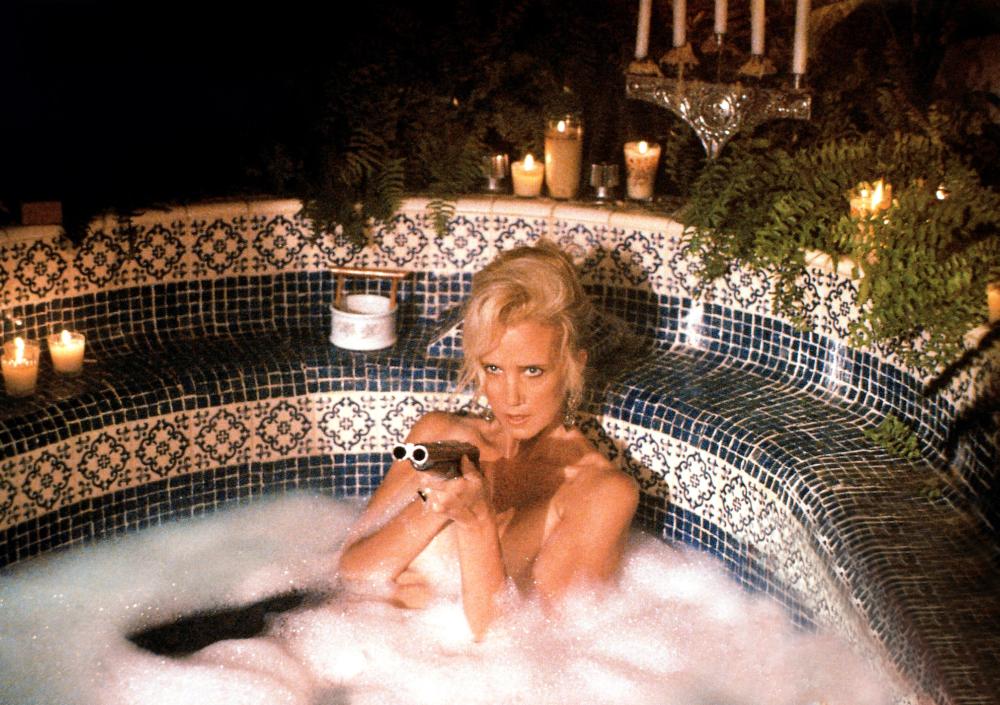 ‘How come every one around here got a damn gun?’

The movie opens with paraplegic drug kingpin Mr. Loomis, watching his thugs put his screaming, hysterical wife in a coffin and bury her alive.  Watching this shocking event is mercenary Armor O’Malley (Denis O’Leary) and his gang.  Loomis wants Armor to retrieve a cache of money stored on a boat.  He promises Armor 40 million as payment if he finds the cash.

Elsewhere, in the fictional South America country of Boa Vista, Danny Savigo (Christopher Lambert) rots in a dusty and decrepit prison, catching flies in his mouth for fun.  He is suddenly freed when his cell is rocked by an explosion, blowing a wall out.  Cole Parker (Mario Van Peeples) appears in a jeep and helps Danny escape.  Parker is an ex-Special Forces operative now working for the DEA.

Savigo is taken to a makeshift DEA field office.  Danny was rescued because his brother, Carl Savigo found out where Mr. Loomis was stashing his laundered drug money.  Carl then stole the money and hid it on a ship.  The DEA believes Danny knows the name and location of the vessel.  Before they can get an answer, Danny manages to get out of custody and goes to find his brother, who has been killed by Armor earlier.

Now a fugitive, Danny is pursued by Parker, who tracks him to a brothel, where he’s being serviced by a hilariously overenthusiastic hooker.  After Cole arrests Danny, they are attacked by Armor and his gang of mercenaries and chased through the Boa Vista jungle.  To survive the hunt, the men must form an unlikely partnership and overcome their mutual distrust.