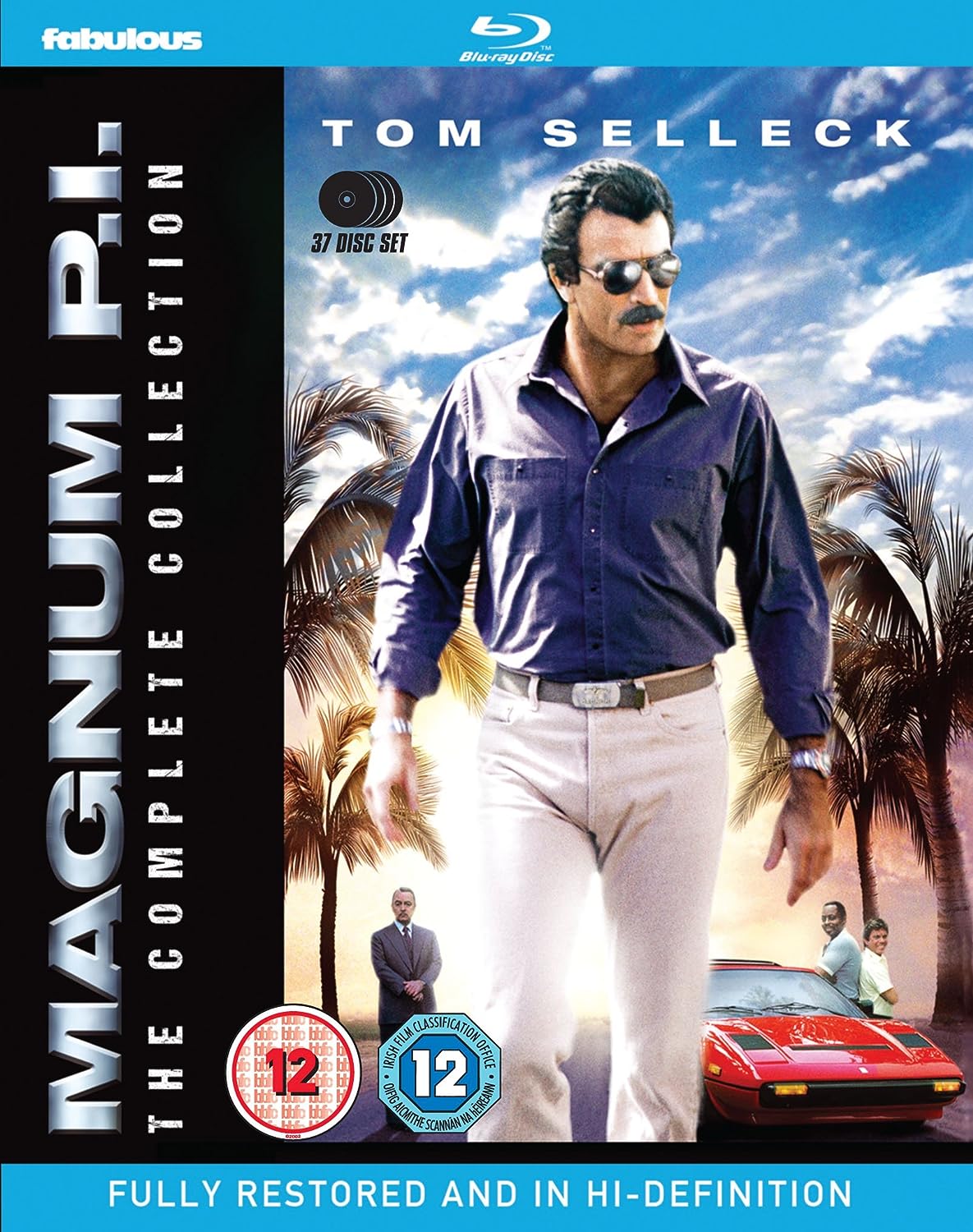 Well, this is just about the longest thing I’ve ever reviewed.  It’s Magnum P.I. finally on Blu-Ray, coming in at an exhausting 7,800+ minutes (that’s over 130 hours) and thinking about it, I really don’t envy whoever it was who was tasked to restore all of that.  But following, Airwolf, Knight Rider, A-Team and Miami Vice, Fabulous Films releases this one on December 12th on Region 2 Blu-Ray.

Even if I wasn’t aware that Murder, She Wrote had its roots in this series, I would’ve all the same called it Murder, She Wrote, for men.  For the uninitiated — and I guess there are more than a few who have not seen this in its entirety — the series follows private investigator Thomas Magnum (Tom Selleck) as he solves crimes in Oahu, Hawaii.  He lives on the property of a beachfront mansion, free on charge in return for his role as a security consultant services.  This setup comes with its perks, such as permanent use of the owner’s Ferrari 308 GTS. 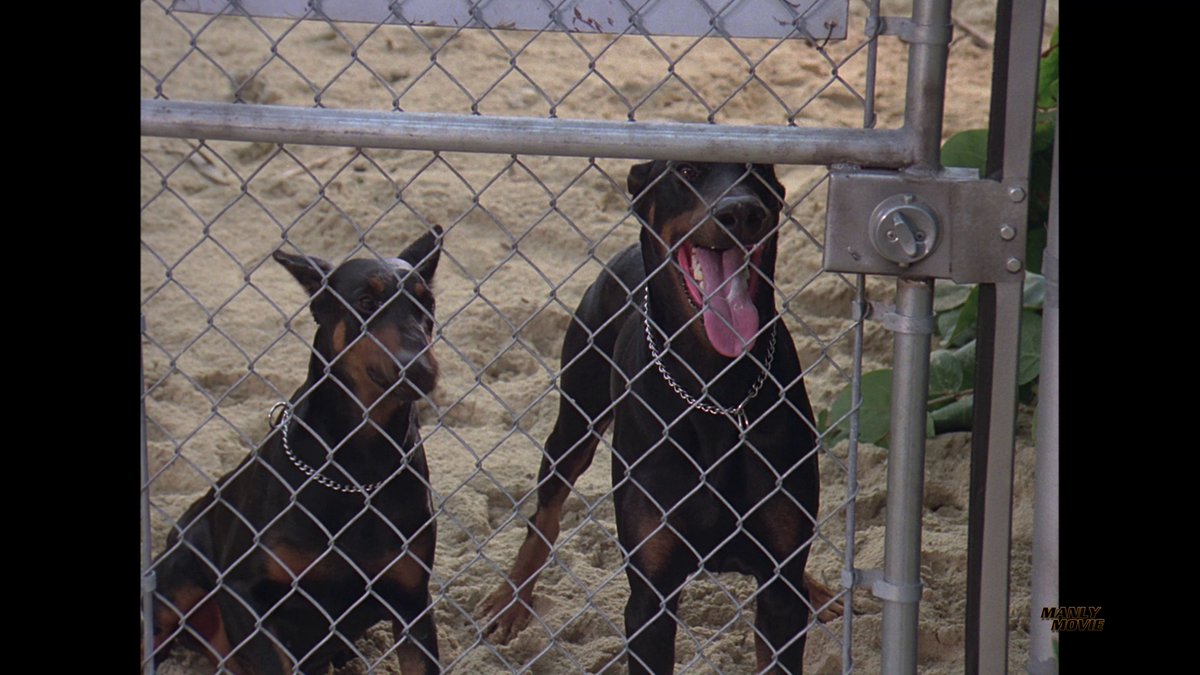 ‘Magnum’ is a breezy series, upbeat and with authentic locations adding to its charm, it’s a series that must have done wonders for local tourism.  While I don’t consider Selleck to the best actor ever, the guy carries a certain disarming likability and you can’t help but indulge in his dream existence of hanging out with blonde supermodels in paradise, in between the ‘mystery of the week’ for each episode.

The show can be quite pedestrian and kind of wallow in filler quite a bit of the time, even the 93 minute pilot is guilty of this.  And by the way, don’t allow the pilot to put you off, this is a show that improves going forward.  Vietnam is heavily referenced as was the style at the time of 1980 when America began to confront its demons and it also dips into the Cold War now and again — it’s nice when ‘Magnum’ takes the occasional darker turn.  Make no mistake, Jessica Fletcher did not dodge sub machine gun rounds in a Ferrari.

For those who liked the series back in the day, it’ll fit like an old shoe.  Newcomers should prepare themselves though for a slower and more sedate slice of 1980’s nostalgia. 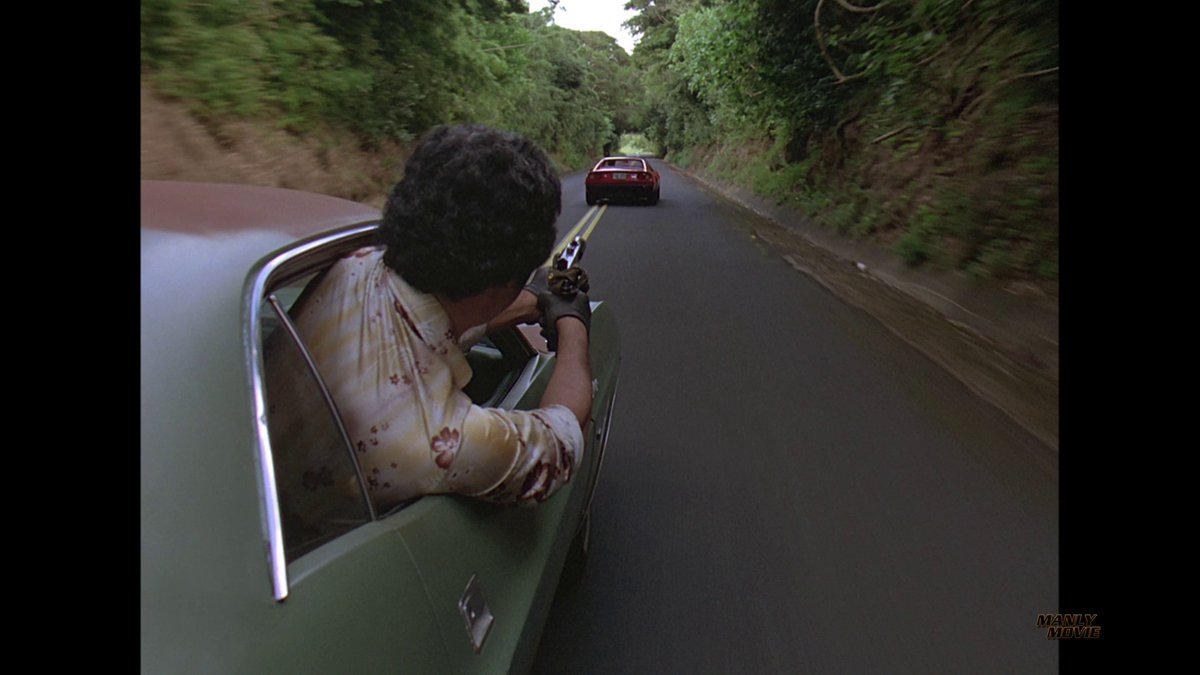 I just have to get one thing out of the way first.  Magnum P.I. on Blu-Ray features no extras, zip, nothing. And of course this is a bummer and lets the release down.  But of course for everyone following the reviews of (most) recent remastered 1980’s stuff on here, this appears to be par for the course.

Now for the good news.  I hitherto considered The A-Team to be champ of Universal/Fabulous’ lineup of Blu-Ray remasters for 1980’s TV shows.  That one had a really nice restoration, with full colors, deep blacks and unmolested clarity.  However Magnum P.I. now takes this crown, even though it’s an older show. 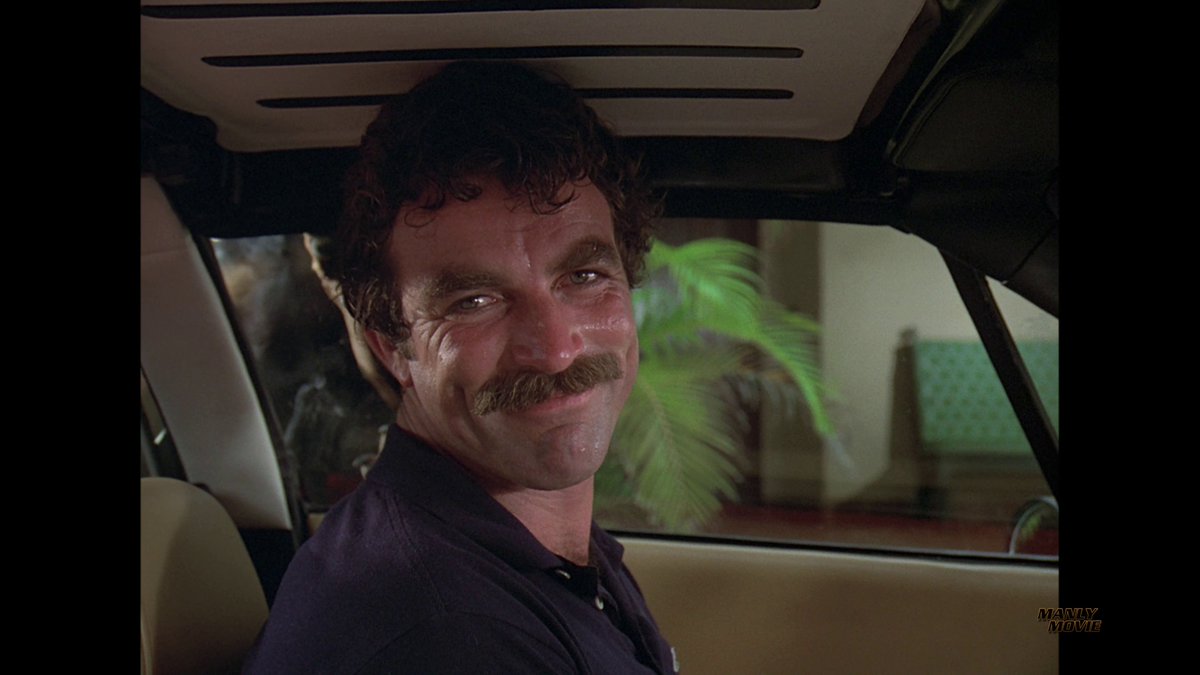 ‘Magnum’ looks brilliant in 1080p Blu-Ray, as good as any movie I’ve seen of a similar age that has also been restored.  The vegetation of Hawaii and its happy sky all look bright and alive with color.  Finer details, such as the wire of a fence or the tread on Selleck’s super car, are also ready and clear.  You don’t need to strain to see how some gimmick had sharpened things.  I’m supposing here that this simply comes down to how well the film has been stored or kept.

While Miami Vice had something on its rivals here (Dolby 5.1, optional), the sound is also more than acceptable with DTS-HD 2.0 presenting some much appreciated clarity.  I can honestly say that Magnum P.I. on Blu-Ray is the best I’ve ever seen any 1980’s television look.

Magnum P.I. The Complete Collection is released on Region 2 Blu-Ray on December 12th.