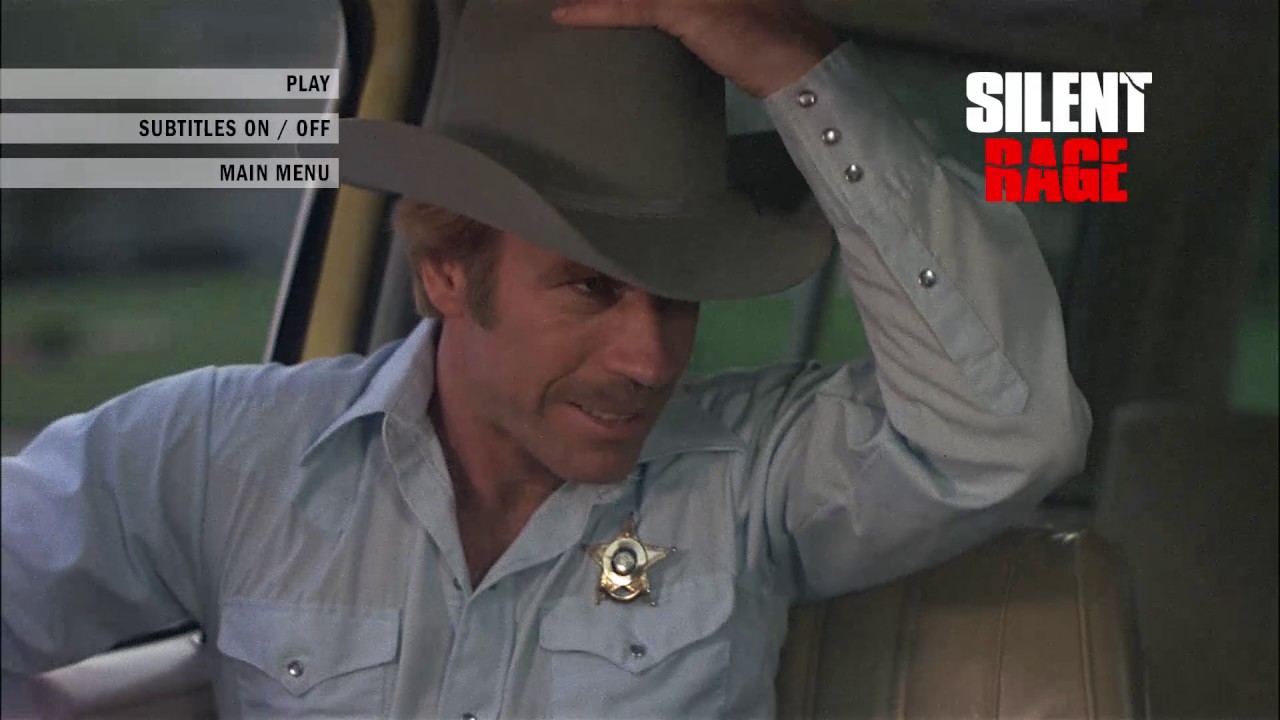 Better delayed and late than not at all, Chuck Norris’ 1980’s manly movie Silent Rage is headed to Blu-Ray.

Sheriff Stevens (Norris) is faced with the dilemma of stopping the invincible murderer, made virtually indestructible through genetic engineering. A young group of researchers are responsible for developing the genetically altering serum, and the head of the research institute is determined to continue the experiments, regardless of the consequences.

Norris displays fighting brilliance as he single-handedly routs a dozen brutal bikers from a truck stop hangout, while revealing a warm and sexy side when he rekindles an old romance with Alison Halman (Toni Kalem), a researcher at the institute. Excitement, horror, and romance prevail as Norris combats the killer.

The film will come our way courtesy of Mill Creek Entertainment.  No further details on a release date, but they uploaded this to YouTube;