UPDATED: John Cena Vs. Iraqi Sniper In ‘The Wall’ – ManlyMovie

UPDATED: John Cena Vs. Iraqi Sniper In ‘The Wall’

UPDATED: Forgotten about this movie?  Well, here’s a reminder that it’s in the offing.  With the release of a new poster, see below. 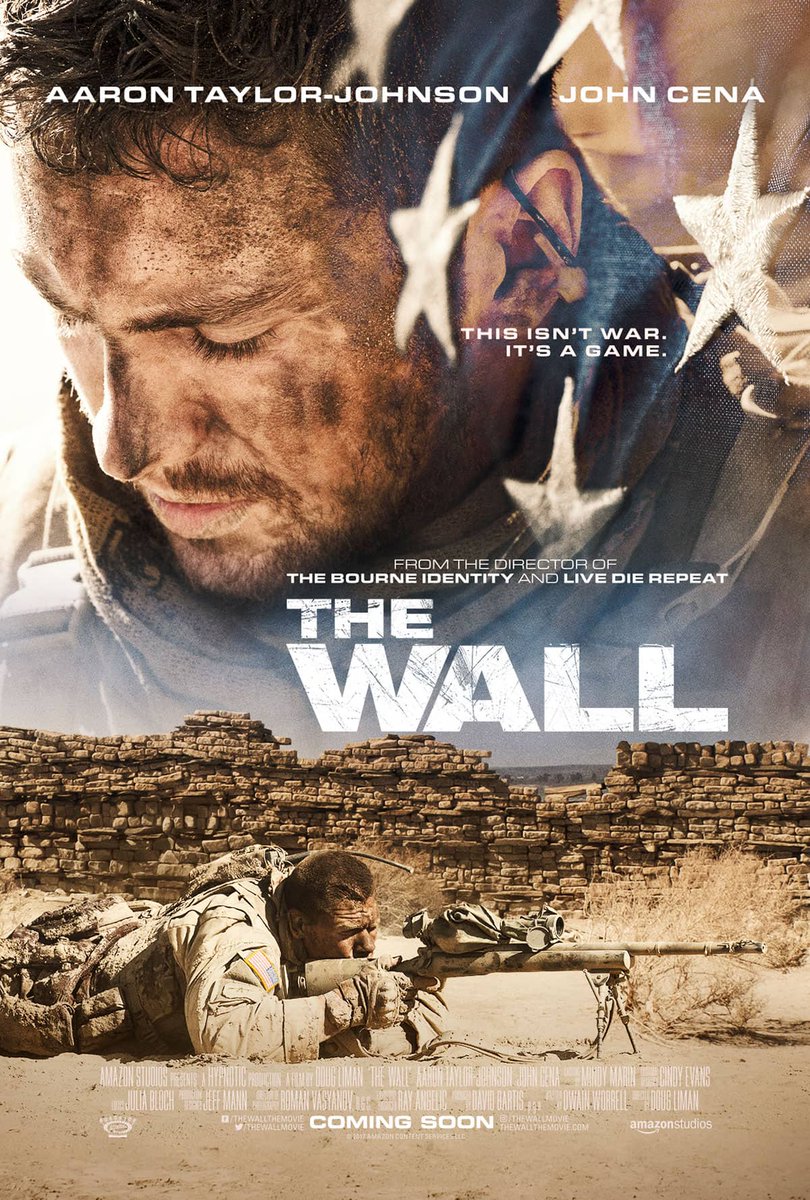 PREVIOUSLY: I noticed this yesterday as a news story somewhere and thought, what?  John Cena is in that Chinese Matt Damon movie?  He must be an extra!  Of course, that movie is called The Great Wall.  This one is called, The Wall.

Here, two American soldiers (Aaron Taylor-Johnson, and John Cena) are trapped by a lethal Iraqi sniper, and there is just a concrete wall between them.  Doug Liman directs.

This is another effort by Amazon, who have been doing great things recently.  Narcos, The Siege of Jadotville and The Grand Tour among them.  Okay, maybe that last one is proving to be a bit cringey, but we’ll see.

There have been, allegedly, recent minor rifts between John Cena and WWE, with the former feeling slighted by the use of Bill Goldberg in recent shows with his knowledge.  It’s an interesting departure all the same for Cena, a man who has made his fortune selling lunchboxes to kids for Vince McMahon now appearing in a gritty war thriller.

Judging by the camo patterns this movie is set later in the Iraq war and not during the invasion — which is much better movie material but more expensive to shoot.

Thanks to: Mucho Macho