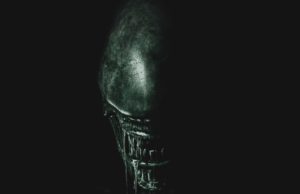 In the year 2012 the film “Prometheus” was released in cinemas across the world & there was a lot of excitement among science fiction fans not only because the film was directed by Ridley Scott but because the film was a prequel to Ridley Scott’s classic movie “Alien”. Once the film was released however, the film in my opinion was the recipient of a lot of bandwagon hate. I think a lot of people were expecting an “Alien” film and once they got something different the reaction was to shit on the movie. Now, “Prometheus” is not a masterpiece nor a film without it’s flaws, however it’s an entertaining movie and a better film that a lot of people give it credit for.

Due to the backlash that the film received, Ridley Scott recently admitted that changes were made to the original plans of the “Prometheus” sequel. A lot of fans wanted more of an “Alien” movie, therefore this is the direction that Scott & the producers took with the sequel, so now here we are with “Alien: Covenant”.

I really wanted to love this movie but unfortunately, even though it’s not a terrible movie, it’s not great either. I’ll try to give as little as possible away but still beware of spoilers. The movie is about a crew on a spaceship called The Covenant who are on their way to a planet to colonize it but once they discover a planet that is much closer with better vital signs they decide to go there instead, this of course is a very bad fucking decision on their part. Once there, they discover that this is the planet where the old Prometheus crew disappear to 10 years prior and the fate of the remaining living characters from that movie are revealed.

One of the problems that I think this film has, is that is that it doesn’t have a clear identity, it’s neither a full-blown sequel to “Prometheus” nor a full-blown prequel to “Alien”, therefore those that want a “Prometheus” sequel will be disappointed and those wanting a full-blown “Alien” prequel will be disappointed as well. I think this is where Scott trying to please everyone went wrong. I might be in the minority but I would have been okay with getting a “Prometheus” sequel and having that story take place in an “Alien Universe” rather than having a mixture of both films in a single movie.

The pacing of this movie was also a problem for me. The film takes a long time to get going. After a series of events about half an hour in,  I thought the action was going to pick up but then it just goes back to being kinda slow and the action does not pick up until the third act of the movie. A lot of the things that fans have seen in the trailer or advertising of the film, are stuff from the last act of the movie.

The two actors that stand out in this ensemble movie to me were Michael Fassbender, who plays 2 roles in this movie. He plays the Android from “Prometheus” and also a newer model. He really does a good job in this movie and he was really able to capture the different personalities of both the characters he played. The other standout surprisingly was Danny McBride as Tennessee. He was good enough that it made me wish he was a part of a manlier and better crew of guys. Which leads me to the rest of the actors and characters in the movie. Honestly, I didn’t give a shit about these guys and the new girl that was supposed to be “The New Ripley” is completely and utterly forgettable. I don’t know her name and I don’t give enough of a fuck to find out.

“Alien: Covenant” as with all Ridley Scott science fiction films, have good cinematography and you always find something interesting on-screen when it comes to set designs and/or locations. The film is rated R and it featured some gruesome bloody deaths and I appreciated that. The film did get interesting towards the end but it made me wish a better film had come before it.

This is a better movie than those “Predator vs. Alien” debacles but I still prefer the original 4 “Alien” movies. I changed my mind regarding “Alien: Resurrection”. Over the years I came to like it more and more, so hopefully, maybe as time goes by, I get to like this movie better but as I sit here & write this review, I can’t help but think that it would’ve been cooler if Neill Blomkamp got to make his “Aliens” sequel featuring the Colonial Marines instead.