‘Nazi’ Kirk Vs. The SJWs - ManlyMovie

‘Nazi’ Kirk Vs. The SJWs 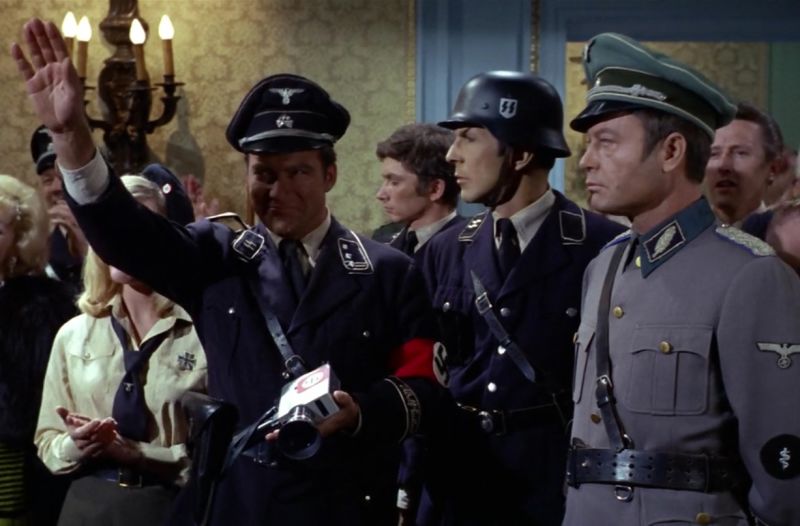 There is some uproar happening on the internet at the minute, surrounding Captain Kirk.  Mainstream news sites are starting to cover a supposed ongoing battle between Kirk and SJWs.  First, according to TheDailyMail article “William Shatner Compared To Nazis“:

Shanter, who became a household name for his work on ‘Star Trek’ more than 50 years ago, took to Twitter to express his disdain for SJWs that compare themselves to activists in the reform movement of the 1960s.

‘Why is it that SJW’s think they can align themselves with those that demanded social reform in the [’60s]?’ Shatner wrote.

Elsewhere, TheMarySue denounces Kirk’s ‘redpilled’ behaviour as ‘troubling‘, although I won’t copy and paste anything written there, in this day and age.

Hilariously, Salon.com has been triggered and now asks “Does William Shatner’s attack on “SJWs” erase his “Star Trek” legacy?

Probably leading the strongest attack on Kirk is Gizmodo, as the site laments;

Shatner has previously aligned himself with the so-called alt-right (he even claims to surf 4chan) and declined to speak against the intolerance of President Trump, joking that he might “be deported” (Shatner is Canadian).

And now, a video;