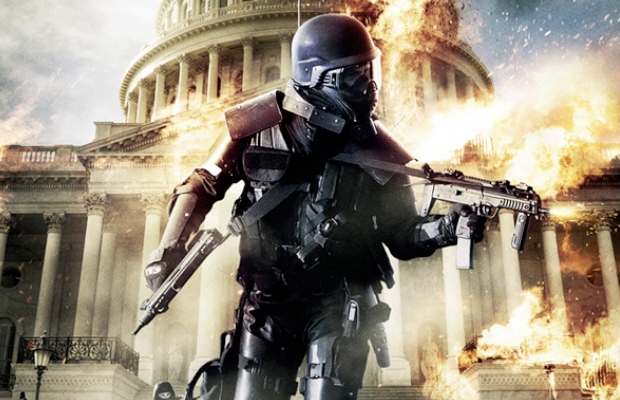 UPDATED: It looks like Uwe Boll has laid down the terms.  The director of Rampage wants $500 million in compensation.  Then, after Warner Bros pay what they owe, Boll will hire teams of mercenaries and send them to Africa to kill poachers of innocent, struggling animals.  This is quite a manly pursuit.

Some say that since there was a video game titled Rampage prior to Boll’s movie, that Boll cannot declare war.  But really, does naming an old video game a certain way guarantee hegemony over a widely used noun, in all industries?  It cannot be.

Oh, speaking of Warner Bros and lawsuits, they once threatened to sue me unless I removed leaked images from Mad Max: Fury Road.  Luckily, their lawyer was a nice person.

PREVIOUSLY:  Warner Bros. and The Rock are coming out with a new Rampage movie.  Except one (with a different theme) already came out in 2009.

Now, director Uwe Boll is apparently taking the gloves off.

Boll, who made three films as part of his Rampage franchise, mostly seems to be irate because, he feels, the new monster movie will shrink his brand and his revenues.

He elaborates on his official website, “We are living now in a world where Independent Movies are dead and the big players only are making all the money. That they then use developed brands and ideas from established series such as my Rampage films in order to make even more money is unfair but typical. The new RAMPAGE movie will shrink my brand and my revenues I can make in the future with my RAMPAGE movies. It also confuses the audience!”

“I want that WARNERS change the title, especially because the new movie has nothing to do with a RAMPAGE and looks more like Jumanji 2 and is one of those typical feelgood, popcorn bullshit movies that the studios use to brainwash America even more! All these kind of movies including Transformers, Avengers are helping the military industrial complex in America to win and have retards like Trump be American President who would say that the earth is flat as soon they think they can benefit from this!”