Ash Vs. Evil Dead… Not Dead? 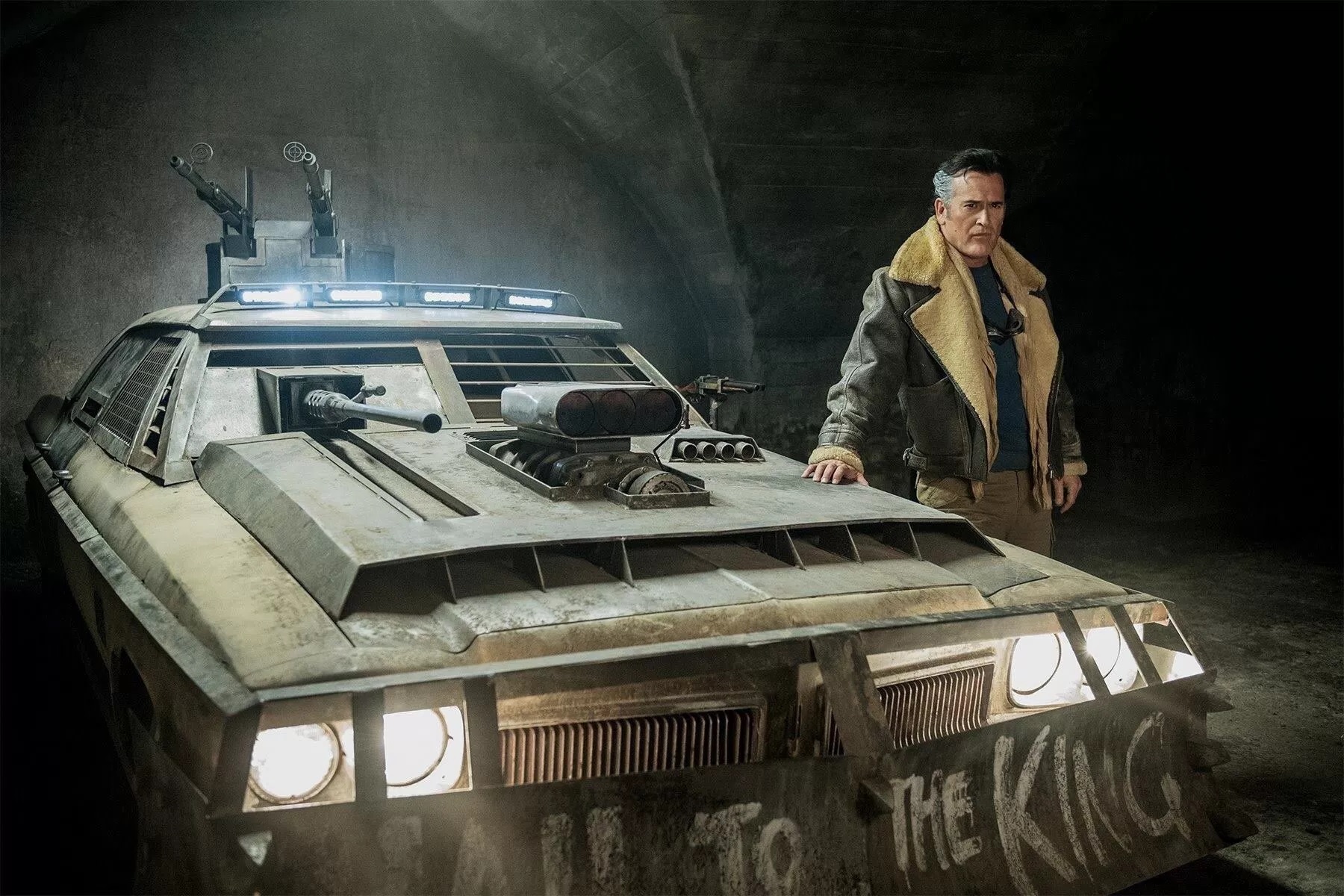 Ash vs. Evil Dead met its demise recently.  Or did it?

At Motor City Comic Con over the weekend, producer Rob Tapert was asked about the future of the franchise, post-Ash vs. Evil Dead, and he had this to say.

“We knew going into the third season that there was a chance [we’d get cancelled]… the ratings had been turning down and it’s hard to change that,” Tapert told the crowd. “Starz had been a good partner. Pretty much letting us do anything we wanted. It was probably just not the right outlet for it… but they waited until the ratings came in for the third season. We sold the rights to the first two seasons to Netflix, but they won’t let a competitor have something [that’s theirs]… which I kind of understand. It’s unfortunate.”

He continued, “We had a really great idea for where it was going to go in the future, and it was something Sam [Raimi] had been talking about: rebooting a movie. What that scenario could be. And then, Bruce wrote to Sam and I one day… ‘If they don’t [renew us], I’m retiring from Ash.’ [So we said], ‘But wait Bruce, what about a movie?!’ [He said], ‘No, I’m retiring.’ So. We’ll see

We’ll see indeed, so it may not be all she wrote yet.